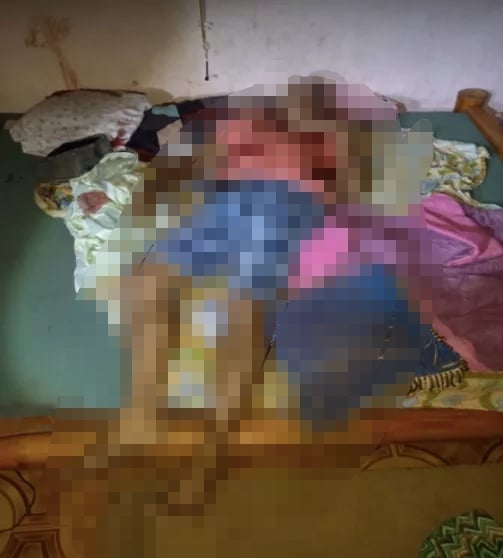 Edilberto Lumontad, a fish vendor, was shot dead by seven unidentified suspects inside his home in Upper Campo, Barangay Poblacion in Pinamungajan. Police said the attack happened around 3:15 a.m. on Saturday, February 13. | Photo from Pinamungajan Police Station via Paul Lauro

CEBU CITY, Philippines — Seven unidentified suspects barged into the house of a 51-year-old fish vendor early Saturday in Pinamungajan town, shot him four times in the chest in front of his stunned family then left.

Manguilimotan said the attack happened at 3:15 a.m. when the victim and his family were sleeping.

According to the Scene of the Crime Operatives (SOCO), the victim sustained four gunshot wounds in the chest which caused his death.

Manguilimotan quoted family members that at least seven individuals sneaked into the house of the victim. Only one of them was armed.

According to the police, Lumontad was with his live-in partner, a daughter, and four other individuals when the attack happened.

The suspects reportedly forced their way into the victim’s house and ordered the others to drop down while looking for Lumontad. When they found him, one of the suspects shot the victim several times in the chest then hurriedly left on board an SUV and two motorcycles.

As of this posting, the Pinamungajan police are still looking into the possible motive of the crime while conducting a dragnet operation in coordination with the other police stations nearby to arrest and identify the seven suspects. /rcg