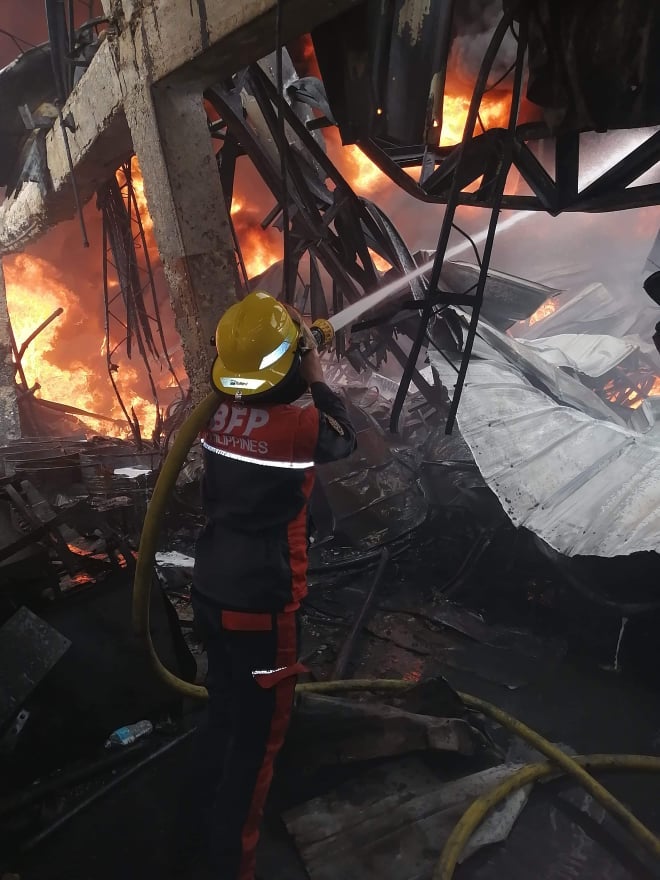 Fire Officer 1 Mark Anthony Yagonia was among the firefighters who responded to the paint warehouse fire in Barangay Cabancalan in Mandaue City on February 11, 2021. | Contributed Photo

MANDAUE CITY, Philippines — He worked for almost 20 hours while he helped others like him put out the fire that burned a paint warehouse in Barangay Cabancalan, Mandaue City on February 11, 2021.

Fire Officer 1 Mark Anthony Yagonia, 29, was among the many firefighters, who risked their lives while trying to put out the huge fire that especially threatened the safety of nearby residents.

He only had 25 minutes of rest then, but he did not seem to mind.

Adrenaline rush and his desire to serve pushed him to endure the strenuous work of a fireman.

When the fire was put out and the smoke started to clear, Yagonia said he stayed indoors for two days to rest and recover from the fatigue.

He felt lucky that no fire alarms were reported then allowing him and other members of their team to rest.

Although unscathed from the incident, Yagonia said that he needed to rest to especially recover from his muscle pains.

(We were soaked in the rain then we had to be in a very hot area that our clothes dried up.  It rained again and we were in a hot area because we were putting out the flame.  We repeatedly got wet from the rain and were dried up by the fire’s heat several times.)

Yagonia said that the Treasure Island warehouse fire incident on February 11, 2021 was the biggest fire that he had responded to in his five years as a member of the Bureau of Fire Protection (BFP).

This Toledo City native studied Criminology in college but later on decided to apply for a job with the BFP.

He said that it was his childhood dream to wear the firefighters bunker gear.

After he completed his training, he was assigned to work at the BFP station in Tudela town in Camotes Island. 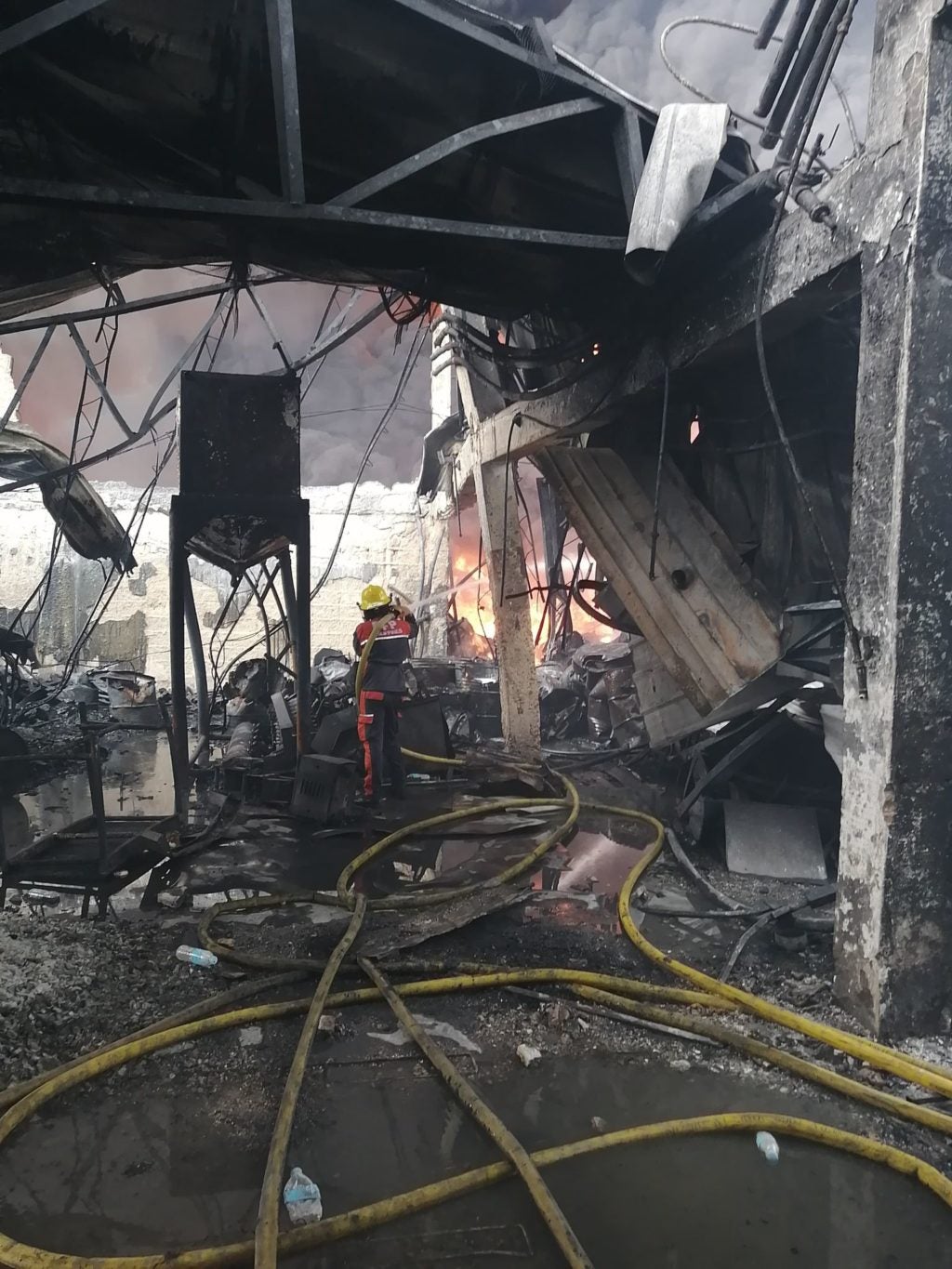 He was then transferred to the Mandaue City Fire Department last year.

Since he is still single, Yagonia did not mind his transfer to at least two localities in Cebu in the last five years.

Yagonia said that he had responded to various fire alarms during his five-year career, but not one as big as the Cabancalan fire.

He recalled that he was at the BFP Mandaue station quarters when the fire alarm was reported at 2:37 a.m.  They immediately dressed and sounded their sirens while his team rushed to the fire scene.

(I was at the chemical section where the fire originated.  The fire was too big that I said to myself that we may not be able to put it out no matter how much water we spray into it.  We were faced with a very big challenge because the fire was already very big in the inside, but if you are outside, you will only get to see smoke with fire coming from the source. The area was already burning hot.)

The fire was raised to third alarm at 3:06 a.m. or 29 minutes after it was reported.

To recharge, Yagonia said they were allowed to rest for 25 minutes.  He nibbled biscuits just to fill his stomach and had a quick nap.

After he completed his break, he again took a hose and started to spray water into the flame.

The warehouse fire was placed under control at 2:45 p.m. or 12 hours and 8 minutes since it started.  This meant that there was already a very remote possibility of the fire spreading to homes that were located outside of the warehouse’s concrete fence.

But it was totally put out at 10:17 p.m. or after almost 20 hours of non-stop firefighting.

Yagonia admitted that he felt fear for his safety while he was inside the warehouse’s chemical room. But he had to set aside his fear and focus on what he was doing.

He was well aware that if they failed to control the flame, this could spread to nearby homes and cause an even bigger damage.

Yagonia said that he would feel nervous every time he responds to fire incidences that would threaten lives and homes.

He said that he always felt compelled to immediately put out the fires to prevent these from causing harm.

His job may be risky, but Yagonia, like many other firefighters are committed to ensure the safety of the citizenry. / dcb