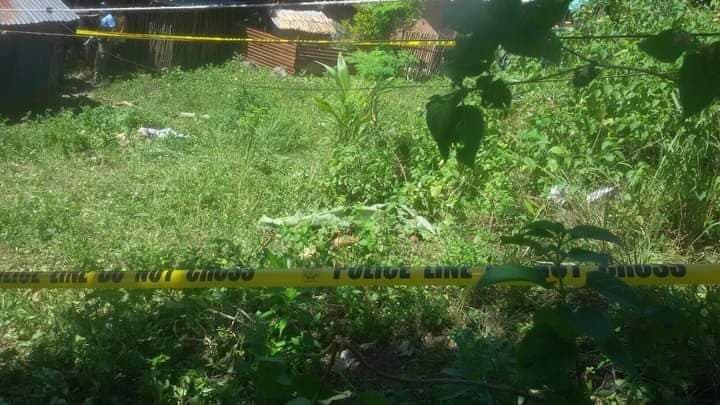 The police has cordoned off the area where the dead 11-year-old girl was found in a grassy lot in Asturias town in northwestern Cebu on March 1, 2021. The suspect in the crime is the girl’s stepbrother. | contributed photo via Paul Lauro

CEBU CITY, Philippines — Police have arrested an 18-year-old man for allegedly raping and killing his 11-year-old stepsister on the morning of March 1, 2021 in Asturias town in northwestern Cebu.

The stepbrother was identified by witnesses whose accounts were supported by circumstantial evidence, said Police Master Sergeant Gilmer Noval of the Asturias Police Station, who is the investigator of the case on late evening of March 1.

Initial investigation showed that the dead girl was found naked from the waist down in a grassy lot near their home at past 11 a.m. of March 1.

Noval said that with this they believed that the dead girl was raped before she was killed.

He said that the Scene of the Crime Operatives processed the crime scene at past 4 p.m. that day, and with the witness they later identified the suspect, who was later found out to be the victim’s stepbrother.

Noval said the young suspect was born in the town but has been living in Cebu City for quite a while.

He returned to live with his father three months ago.

Noval said that the suspect’s father had since then remarried to the victim’s mother.

Noval also said that during initial investigation the suspect allegedly admitted to the crime, but he said they could not yet use his admission as evidence because it was done without his lawyer.

(He [the suspect] admitted to the crime but he admitted it without his lawyer present so we could not yet use this [admission] as evidence.)

Noval also said that they could not specify yet how the victim really died officially because they had yet to wait for the results of the autopsy of the girl.

Noval said the body of the girl was brought to a funeral home in Toledo City and she would undergo an autopsy to determine what was done to her and the cause of her death.

For now, the dead girl and the suspect had undergone buccal tests or a test to get their DNA.

The young suspect is detained at the detention cell in police station in Toledo City western Cebu pending the filing of charges.

Aside from that, the case was also forwarded to the Asturias Police Station’s Women and Children Protection Desk because the victim was a minor.