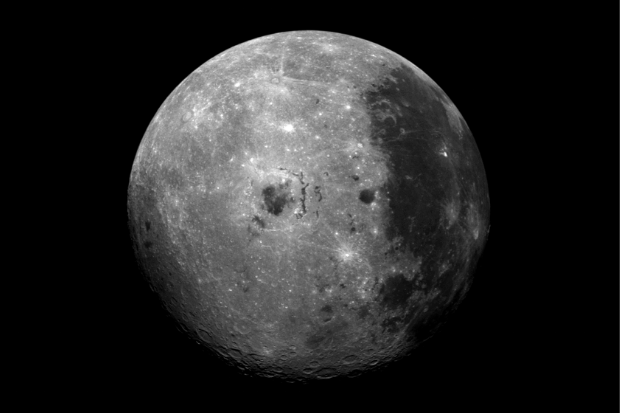 Scientists are proposing to have a “lunar ark” built on the moon to house millions of reproductive cells from Earth as a “modern global insurance policy.”

The said “ark,” which is set to be built beneath the moon’s surface, is intended to preserve the life of endangered species on Earth from any doomsday event.

The team of researchers from the University of Arizona presented the bold proposal, titled “Lunar Pits and Lava Tubes for a Modern Ark,” at the annual Electrical and Electronics Engineers Aerospace Conference on Saturday.

“Earth is naturally a volatile environment,” said study author Jekan Thanga, addressing the planet’s instability for being subject to several potential world-ending events including both natural and man-made disasters, such as global epidemics, a supervolcanic eruption, a nuclear war, a global solar storm, climate change, and an asteroid impact, the team noted.

Other than being safe due to not being on Earth in the event of a global crisis, the said repository is being proposed to be built on the moon because of the satellite’s ideal features, specifically its “pits,” the scientists said.

The team believes that lava once flowed on these pits and underground “lava tubes,” which will keep the “ark” and its specimens safe from aboveground elements.

Explaining that the temperature inside these lava tubes is constant, Thanga said these pits will protect the ark from the surface temperature swings. Being underground, it is also an ideal shelter from cosmic radiation and micrometeorites.

The team also noted that these “pits” are the ideal size for the said ark.

Thanga also likened the “ark” to that of the Svalbard Global Seed Vault in Norway, which houses seed samples from all over the world.

They propose to cryogenically freeze 50 samples of reproductive cells from the endangered species. Being a relatively large project, Thanga said this will take around 250 flights to the moon.

“We can still save them [endangered species] ’til the technology advances to then reintroduce these species. In other words, save them for another day,” Thanga said in the presentation. /ra

Read Next
At the beach but don’t feel like swimming? Here are some things you can do by the beach