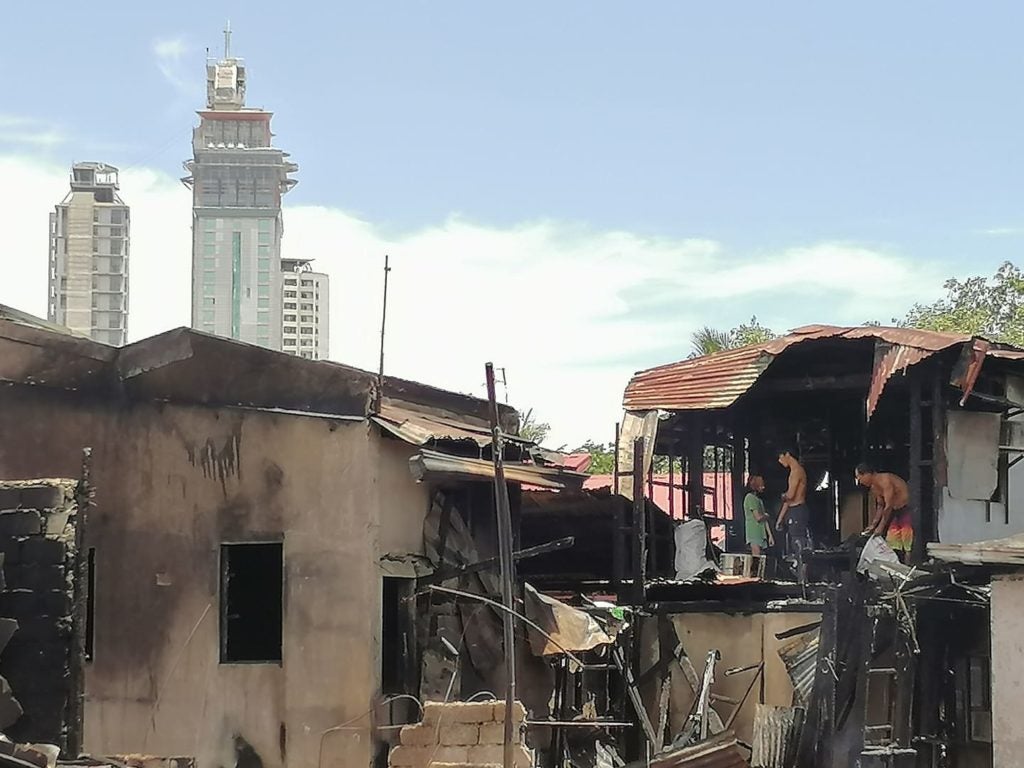 This photo shows a portion of an area in Sitio Kawayan in Barangay Sambag 2, Cebu City that was hit by fire on Tuesday, March 16, 2021. CDN Digital photo | Morexette Marie B. Erram

CEBU CITY, Philippines – Barangay officials of Sambag 2 here are mulling to declare a state of calamity in Sitio Kawayan, where a fire displaced hundreds of individuals.

Barangay Sambag 2 Councilor Keith Noel Wenceslao on Wednesday, March 17, 2021, said they tallied 152 families, or 388 people, who lost their homes after a fire broke out on Tuesday, March 16.

The flames devoured 79 houses and damage was pegged at P1.25 million, said Wenceslao.

“The barangay will be conducting a session today (March 17) to declare a state of calamity to help our affected residents,” Wenceslao told reporters in an interview in Cebuano.

Once the barangay can formally hoist a state of calamity, they will be able to access the village coffers to fund assistance needed for the fire victims.

Wenceslao said the victims needed construction materials so they can rebuild their houses as soon as possible.

“Anyone willing to donate can drop by in Sitio Kawayan’s gymnasium or in our barangay hall,” he added.

Meanwhile, investigators from the Bureau of Fire Protection in Cebu City (BFP – Cebu City) continue to probe into the fire incident.

SFO1 Novo Erana, in a separate interview, said they have yet to determine the origin of the fire.

“We already gathered testimonies from residents to aid our investigation. But so far, some of them have been blaming one another, and no one wants to claim the fire started in their house,” said Erano in Cebuano.

Erana, however, said they are not ruling out their initial findings that the fire was caused by faulty electrical wiring.

“Our investigations are still ongoing so we’re not eliminating any possibilities as of the moment,” he added.

Some of the fire victims are currently staying in Sambag 2’s gymnasium near the fire site.