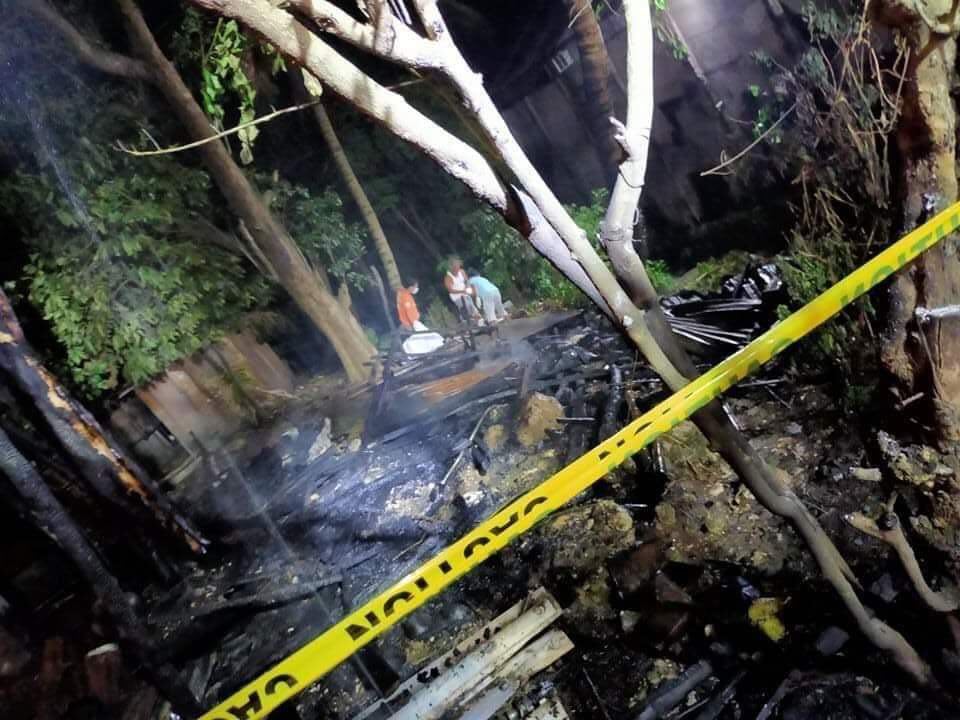 The aftermath of the fire that killed a widow and razed two houses at Sitio Buyo in Barangay Binongkalan in Catmon, northern Cebu, past 11 p.m., on March 18. | Photo from Catmon Police Station

CEBU CITY, Philippines— A 74-year-old widow who was reportedly living alone, died after she was trapped inside her burning house in Sitio Buyo, Barangay Binongkalan in Catmon town past 11 p.m. on March 18.

Ortiz said that based on their spot report, Milan was sleeping inside her one-story house when the incident happened. Ortiz though could not disclose yet if the victim was physically impaired. He added that she has been living alone after her live-in partner died.

Ortiz said that they are still conducting further investigation about the incident and the background of the victim.

As per the initial investigation, the fire started on the electric post near the house of Milan then quickly spread to the victim’s house which was totally burned. The other house, on the other hand, was partially damaged.

Ortiz said the victim’s body was already claimed by her relatives. /rcg