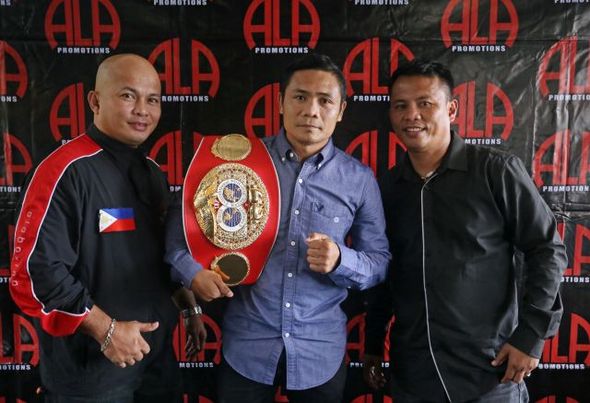 The 38-year-old Nietes, the former WBO world super flyweight king, is set to return inside the ring on April 3, 2021, in Dubai, United Arab Emirates (UAE). Nietes finally had a worthy opponent after being replaced twice by his promoters from D4G Promotions in Dubai UAE.

Read: Nietes to stick to game plan despite change in opponent

He is set to face Colombian Pablo “El Trencito” Carillo for the vacant WBO International super flyweight title in the undercard of Carl Frampton and Jamel Herring world title showdown at the Caesar’s Palace Dubai.

Villamor, who’s been on Nietes’ side since their ALA Boxing Gym days, told CDN Digital that Carillo is a very dangerous opponent.

Villamor issued a stern warning to Nietes because Carillo pretty much gave four-division Japanese boxing world champion Kazuto Ioka a tough time in their 10-round non-title bout in 2014. Ioka won the match via unanimous decision but he had to deal with Carillo’s aggressiveness in each round.

This is despite the fact that Nietes has beaten Ioka for his fourth weight division title on December 31, 2018, in Macao, China, for the WBO super flyweight title via split decision.

(We cannot be complacent because he (Carillo) had fought against Ioka (Kazuto) and Ioka had a hard time with Carillo (Pablo).)

Adding difficulties to the fight is their adjustment in training because Carillo is the third opponent who was signed to fight Nietes. His promoters initially announced that Nietes was set to fight unbeaten Panamanian Orlando Penalba but he was later replaced by Norbelto Jimenez of the Dominican Republic.

In an unexpected turn of events, the stakes got higher after his promoters elevated his non-title bout into a regional bout and tapped Carillo as his final opponent.

Because of this, Villamor revealed that they had difficulty making the necessary adjustments in their training camp.

(It’s difficult to prepare but I have watched the videos of the opponent so that we will know his style – what are his favorite punches that he will thrown most of the time so that we can watch out for it.)

On the brighter side, Nietes has always been ready ever since before the fight was announced. Nietes and Villamor have been training since last year, in the middle of the pandemic at the latter’s boxing gym, the Villamor’s Boxing Gym in Mandaue City.

(We are 100 percent ready. Our sparring session was on Friday (March 19, 2021), and we can completed our training. We are just waiting when to depart.)

Read Next
DOH-7 targets to complete AstraZeneca jab by Mar. 23