Medellin ambush: Man, who just got out of jail, shot dead in front of his 2 kids 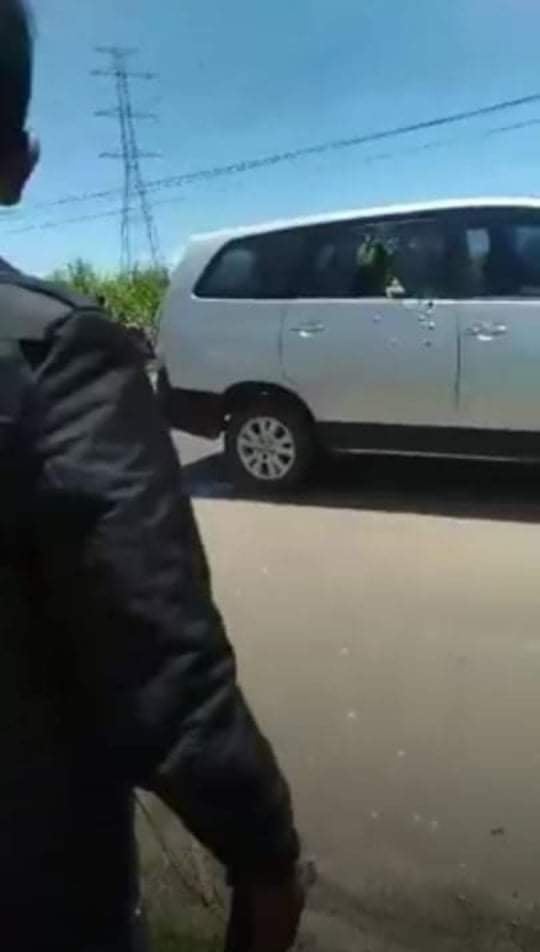 Bullet holes are seen at the door of the car — the area where  Reynaldo Arcenal was sitting. Arcenal died in the ambush in Medellin town in northern Cebu at past 11 a.m. today, March 26, nearly an hour after he was released from prison on bail. | Contributed photo via Paul Lauro

CEBU CITY, Philippines — A man, who just got out on bail after nine years in jail, was killed in front of his two minor children after the car they were riding on was ambushed on their way home from prison today, March 26, in Medellin town in northern Cebu.

Grapa said Arcenal’s 30-year-old sister was also wounded in the arm in the attack.

She is now recuperating in a hospital.

LOOK: Photos of the ambush in Medellin town

Initial investigation showed that Arcenal has just been picked up at past 10 a.m. from the Medellin District Jail in Barangay Luy-a in a car by his sister, his two minor children, his 63-year-old brother, and two others after Arcenal posted bail for his illegal drugs case.

They were on their way home to Barangay Hagnaya in the neighboring town of San Remigio in northern Cebu when they were waylaid by armed masked men on two pickup trucks.

(They were from the correction facility in [Barangay Luy-a] Medellin and he was out from jail on bail. While they were cruising along the area called Aisle of Medellin in between the sugar mill and Barangay Don Virgilio Gonzales, they were then attacked. The area is secluded and far from houses.)

Arcenal’s brother, who was driving the car, told police that as they were cruising along the aisle of Medellin and when they reached Barangay Don Virgilio Gonzales a pickup truck suddenly blocked their path while a second pickup truck blocked the rear of their vehicle.

Eight armed men — four from each vehicle  —got out and told him to get off the vehicle and lie face down on the road.

They then went to the side of the vehicle where Arcenal was — in the back seat with his two minor children — and told those inside to crouch forward with their face on the floor of the vehicle except for Arcenal.

Then they fired at the area where he was from the outside of the vehicle.

Arcenal’s children were not hit by the bullets but his sister, who was on the frontseat was hit in the arm.

After seeing Arcenal bloodied, the assailants then got on their pickup trucks and fled the area.

Grapa said that they had conducted a hot pursuit operation and were setting up checkpoints in possible exit routes of the assailants.