Flooding causes traffic jam along N. Bacalso and other areas near underpass 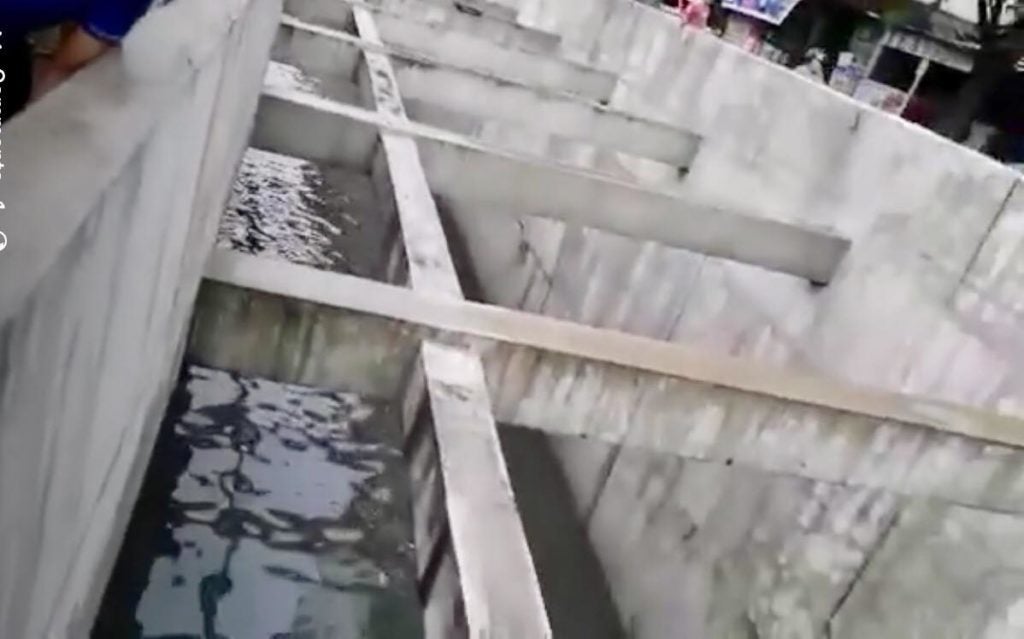 CEBU CITY, Philippines — For the first time since it was opened in June 2019, the pumps at the Mambaling Underpass in Cebu City has failed to prevent flooding in the area.

Land Transportation Office in Central Visayas (LTO-7) Director Victor Caindec posted photos and a video on his Facebook, showing the flood in the underpass and the massive traffic jam it caused along Natalio Bacalso Avenue on Holy Wednesday, March 31, 2021. The flood was caused by heavy rains brought about by localized thunderstorms.

The director criticized the project for its drainage problems, saying it has lived up to its reputation as an “P800-million canal.”

Councilor Jerry Guardo, the City Council’s chairperson for the committee on infrastructure, said the city government has no control on the maintenance of the pump as it is under the Department of Public Works and Highways in Central Visayas (DPWH-7).

Guardo said that the DPWH maintenance division told him the four pumps of the underpass were actually functioning when rain poured on Wednesday morning.

“Due to the sudden and heavy downpour of rain and water run off from the city, including the mountain areas, dili na jud daw ma kaya sa 4 ka pump (the four pumps couldn’t take the volume of water),” Guardo said.

Guardo said DPWH decided to close the underpass to traffic to avoid cars stalling in the flood.

“But after 11:30 am, the flood waters subsided and the underpass was opened to vehicular traffic,” he added.

The Cebu City Transportation Office (CCTO) earlier issued a traffic advisory to motorists on the flooded areas in the city that may be unpassable or difficult to pass through.

Aside from the Mambaling Underpass, the following areas have been reported to be partially passable due to flooding: Bonifacio St., Sikatuna, Lorega, Imus, T. Padilla, and M.J. Cuenco.

Read Next
Waterfront offers a perfect Lenten getaway in the city