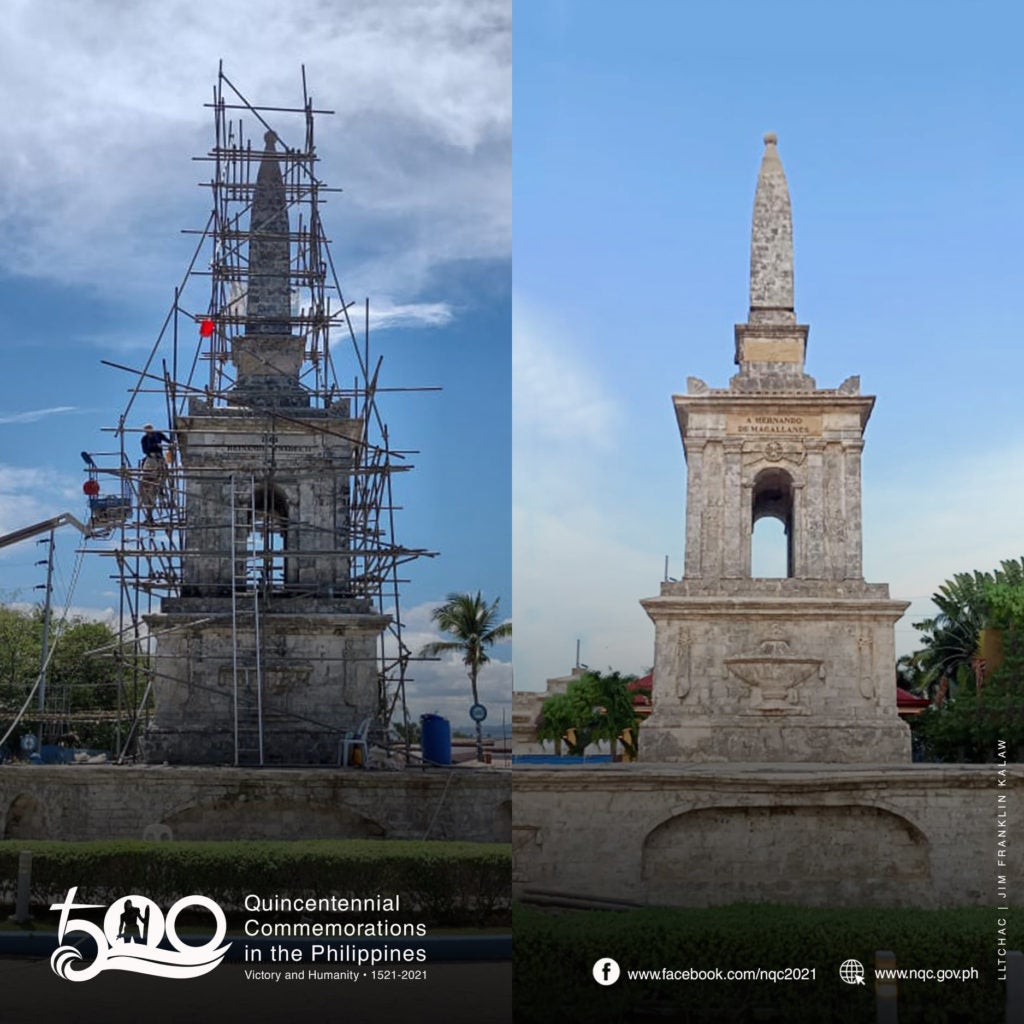 | Photo from the National Quincentennial Committee

MANDAUE CITY, Cebu – The Liberty Shrine in Barangay Mactan in Lapu-Lapu City is now ready for the commemoration of the 500 years of the Kadaugan sa Mactan on April 27.

In an advisory, NCQ said that earlier this year,  the Lapu-Lapu City Government, under the guidance of the NHCP, also repainted the ca. 1981 Lapulapu Monument at the Liberty Shrine.

Last year, the Rajah Humabon Monument was repainted while personnel of the Cebu City Cultural and Historical Affairs Office (CHAO) underwent training with the NHCP MRCD to especially learn how to conserve historic objects and sites.

“They are expected to carry over conservation efforts for the Heritage of Cebu Monument and other sites and structures in Cebu City,” NCQ said.

On April 6, Cebu Province will officially start with its commemoration of the 500th anniversary of the first circumnavigation of the world that will commence in the towns of Pilar, Poro and Pacijan Island that are all part of Camotes Islands.

This will be followed by several other activities that will be held in Cebu City.

On April 14 is the reenactment of the first baptism that will be held in front of the Magellan’s Cross at the Plaza Sugbu and the declaration of the Basilica as National Culture Treasure.

The commemoration of the 500th Battle of Mactan is scheduled on April 27.

“Owing to the sudden increase of COVID-19 cases and the enhanced community quarantine over NCR, the Office of the Presidential Assistant for the Visayas takes over the functions of the National Quincentennial Committee in the Visayas from March 20 to April 7,” the NQC advisory reads.