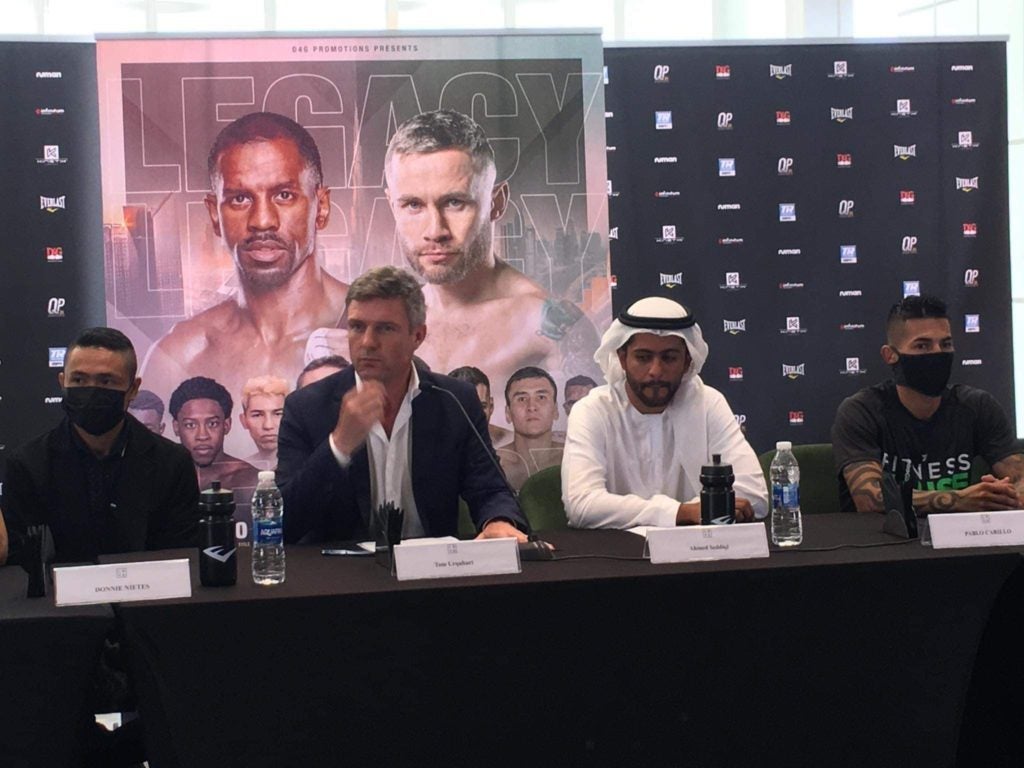 CEBU CITY, Philippines — Four division world champion and longest-reigning Filipino boxing world champion Donnie “Ahas” Nietes and his opponent, Pablo Carillo of Colombia displayed mutual respect from each other after they faced personally for the first time before their fight tomorrow (April 3, 2021) in Dubai, UAE.

In the final presser last April 1, 2021, Nietes expressed his gratitude and excitement to step inside the ring once again.

“I’m so happy and excited that finally for the first time since 2018 I will be able to get back in the ring and fight. This is the best time to come back with the guidance of D4G Promotions and MTK Global,” Nietes was quoted in an article from D4G Promotions website.

“Pablo is a good guy and he knows how to fight, but this will be an exciting performance from me. The pandemic and COVID don’t hinder my dreams to continue in boxing. I have been given this opportunity and I want to win it and then fight the world champions in the super-flyweight division,” Nietes said.

Carillo, for his part, assured boxing fans a good fight against the Filipino boxing legend.

“First and foremost I am very grateful for the opportunity to come here, so thank you to the sponsors and organizers. I will produce a good fight for everybody,” Carillo said during the presser.

“I’m excited to fight in Dubai and excited to be fighting with such a great champion, but I am a champion too. I have a lot of experience with previous fighters and champions, and that has prepared me not only for this fight, but to remain motivated and hungry in my career,” Carillo said.

The 38-year old Nietes, a former ALA Boxing Gym stalwart and a native of Murcia, Negros Occidental holds a record of 42 wins, one defeat, five draws, and 23 knockouts.

Carillo, meanwhile, has a record of 25-7-1 (win-loss-draw) with 16 knockouts. Carillo fought Nietes’ previous opponents in Ioka and Francisco Rodriguez of Mexico, but lost both bouts.

Read Next
Sharon Cuneta mourns death of Claire dela Fuente: ‘One of the loveliest voices’