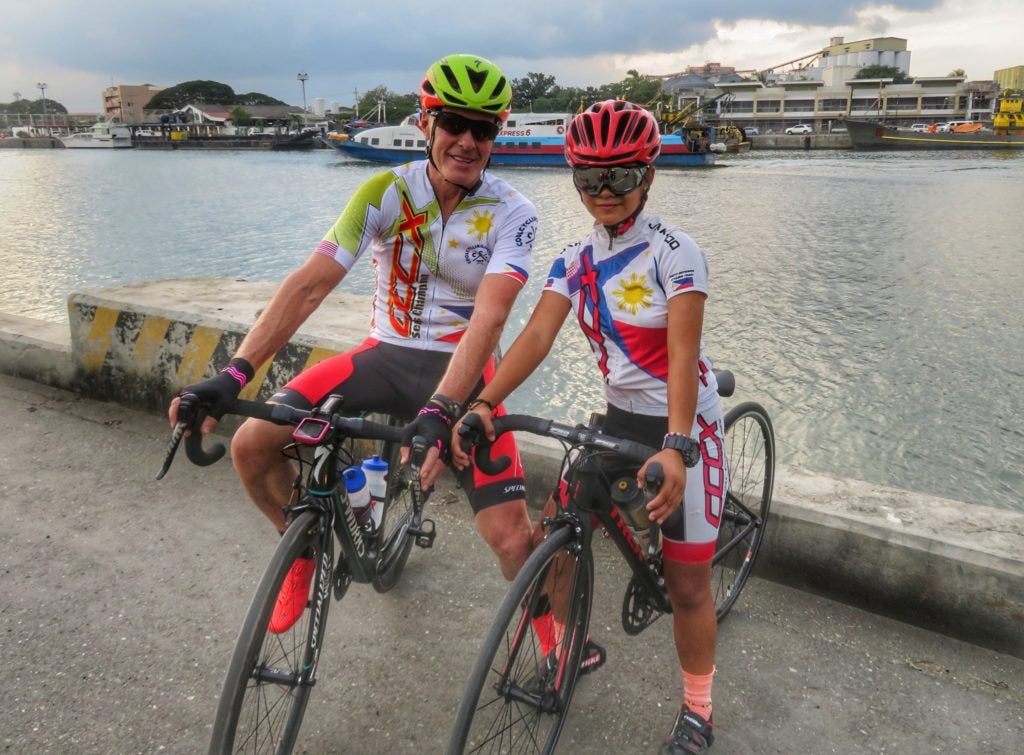 The team, established late in 2016, has been making waves in the local cycling scene, winning races after races in different disciplines in the sport of cycling. Their wins also included some in duathlon and triathlon events across remote towns and major cities all over the country.

The 54-year old DeFiebre who is based in Monterey, California, formed the team mainly focusing on talent search and extending support to local cyclists. He resided in Toledo City for several years.

“When I first went there, there were so many others who do not have the equipment, no support. They don’t have the chance to compete with other racers. My goal was to identify young talent and provide them with the means to compete in the higher level both female and male racers,” DeFiebre said.

DeFiebre himself is an accomplished cyclist in the United States. He amassed 565 first place finishes in 25 years. He is also Strava’s top-ranked King of the Mountain (KOM) cyclist for completing a total of 10,000 KOM races in the world. 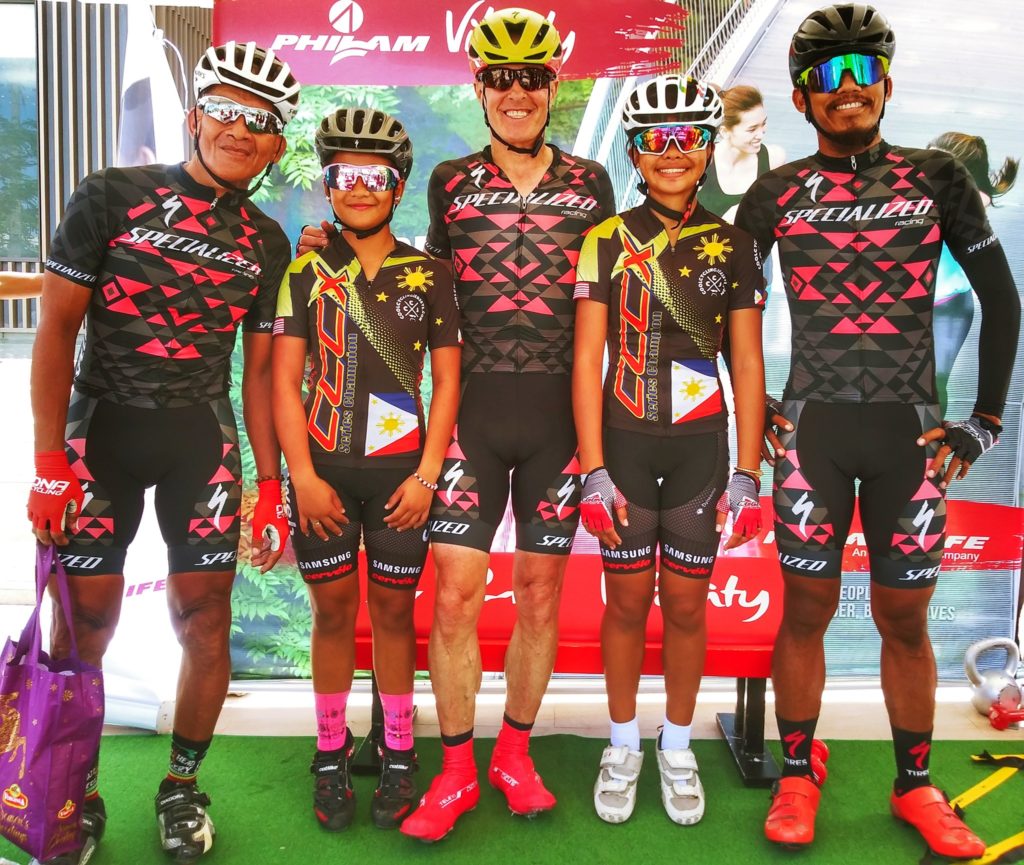 DeFiebre first met the Maximo family, one of Cebu’s prominent cycling families, and noticed the lack of a women’s division in most local and national races.

It prompted him to start supporting local cyclists, which led him to discover Pamela Jane Ruiz. His support turned Ruiz into a feared road and mountain bike competitor.

The 20-year old nursing student at the University of Cebu (UC) is now one of the country’s top female cyclists. She is also the team captain of the Keith DeFiebre Cycling Team p/b Lún Wheels.

Ruiz saw action in the 2019 Southeast Asian Games held in the Philippines and is a gold medalist in many regional and national competitions, including the Philippine National Games, where she won the junior women’s cross country mountain bike race in 2018 in Cebu.

Despite being 11,395-kilometers away from his team, DeFiebre continues to extend financial support for their gear and training now amounting to no less than a million pesos.

One of the reasons why DeFiebre formed a team in Cebu is to promote diversity in the competitive cycling scene particularly the inclusion of women racers.

He said that he donated around P1-million in prize money for the last five years to include women’s division in many local cycling races to promote diversity in this male-dominated sport.

DeFiebre has also hosted the cash-rich cycling event billed as “Race For Nilo Barbelose” for four years which dangled P250,000 in cash prizes spread in 12 divisions.

Currently, the team is focusing on developing their female junior riders in Magpantay, Alvez, and Velasco, who DeFiebre believes will follow Ruiz’s footsteps.

“Magpantay is from Iloilo. We recruited her when she’s 13. She’s winning races already at 13 beating women twice her age. Vylette (Alvez) we recruited her at 14. She’s now 15, winning duathlon races. She has an all-natural ability. I believe our women’s team had incredible power that is why I am developing the full potential of these young women,” added DeFiebre.

“Having the team with the most diversity was super important to me and my ultimate goal. We need to provide equal opportunity for both female and male athletes. We have strived to have the most diverse team in the entire Philippines.” 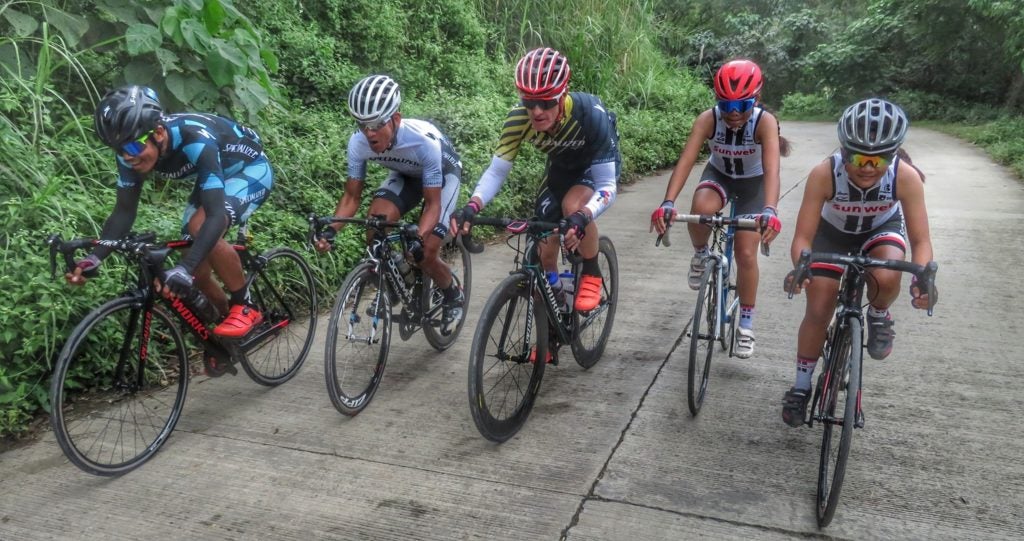 DeFiebre bared that he has a lot of future projects for his team. He wants to provide them with better bicycles and equipment. He also wants to continue discovering young talents and plans to partner with more leaders in the sport.

“I know my work is not done yet. I have plans for the future. We have big projects in store. I won’t go to rest until these projects are done. For my team, I always see the potential in them, especially the young cyclists. I want to keep them progressing and want these kids to develop and become elite competitors in the future,” said DeFiebre.

The team also strengthened its ties with some of the renowned leaders in the local cycling scene in Jeremy Go of Go For Gold and PhilCycling vice president Oscar “Boying” Rodriguez.

DeFiebre said that he is longing to rejoin his team. He plans to fly back to Cebu once the travel restrictions are lifted due to the COVID-19 pandemic. /rcg