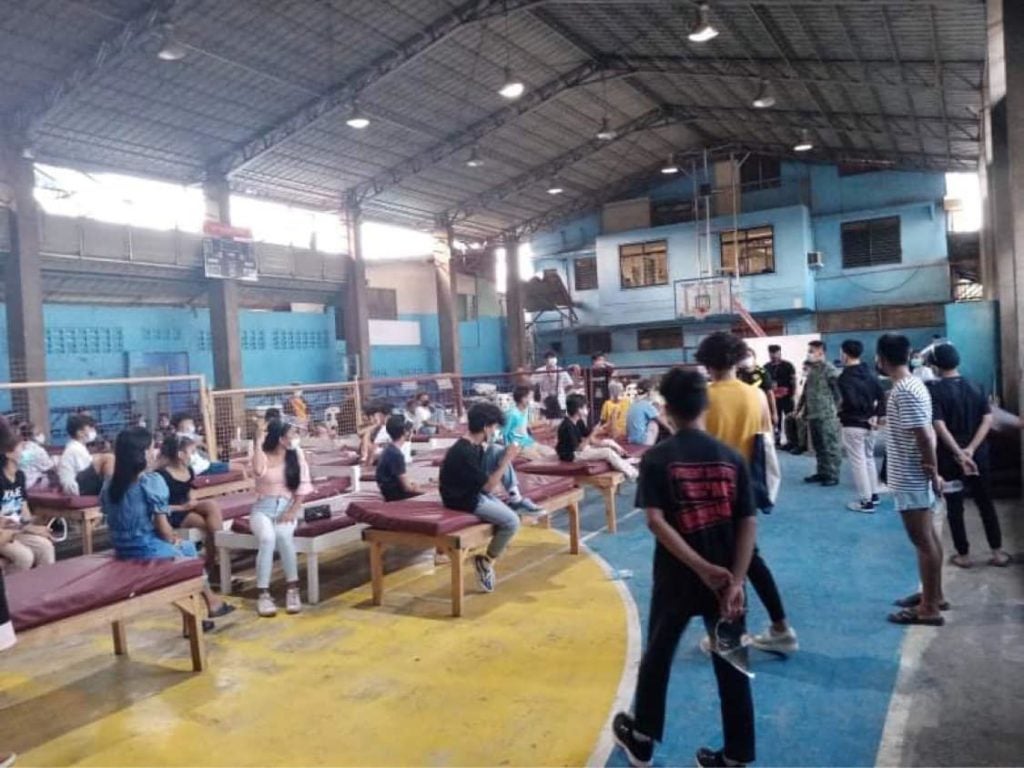 Violators of quarantine protocols are temporarily detained at the Tejero Gym in Cebu City. | Photo Courtesy of PROBE

CEBU CITY, Philippines — The number of quarantine violators in Cebu City has dropped to an average of 50 per day in the past weeks, according to the Prevention, Restoration, Order, Beautification, and Enhancement (PROBE) team.

PROBE head Racquel Arce said that there is only one left holding area for quarantine violators at the Barangay Cogon Ramos gym.

She said they no longer needed the Tejero gym because the violators have dropped significantly in the past weeks.

In fact, she notes that the average number of violators are now at 50 per day, with some days garnering only less than 10 violators.

Most violators are aged 30 years old below. They are often caught violating the 11 p.m. curfew of the city due to private gatherings.

Arce attributes the drop of violators to the liquor ban because bars and establishments serving liquor are closed. These establishments, according to Arce, is what causes people to violate the health protocols, especially the curfew and the social distancing.

(It isn’t like before when we had violators in the morning and afternoon. Majority of the violators now are those who violate curfew hours.)

The PROBE has noticed that the number of violators also coincide with certain holidays and festivities when movement of the general public also increases.

Still, she notes that less people are caught for violating health protocols such as wearing face masks, face shields, or maintaining social distancing, indicating the public could already be getting used to these protocols as part of their daily lives.

Arce hopes that this trend will continue because the cooperation of the public is what is needed to fight the coronavirus disease in the city while vaccination continues to roll out in the coming months.