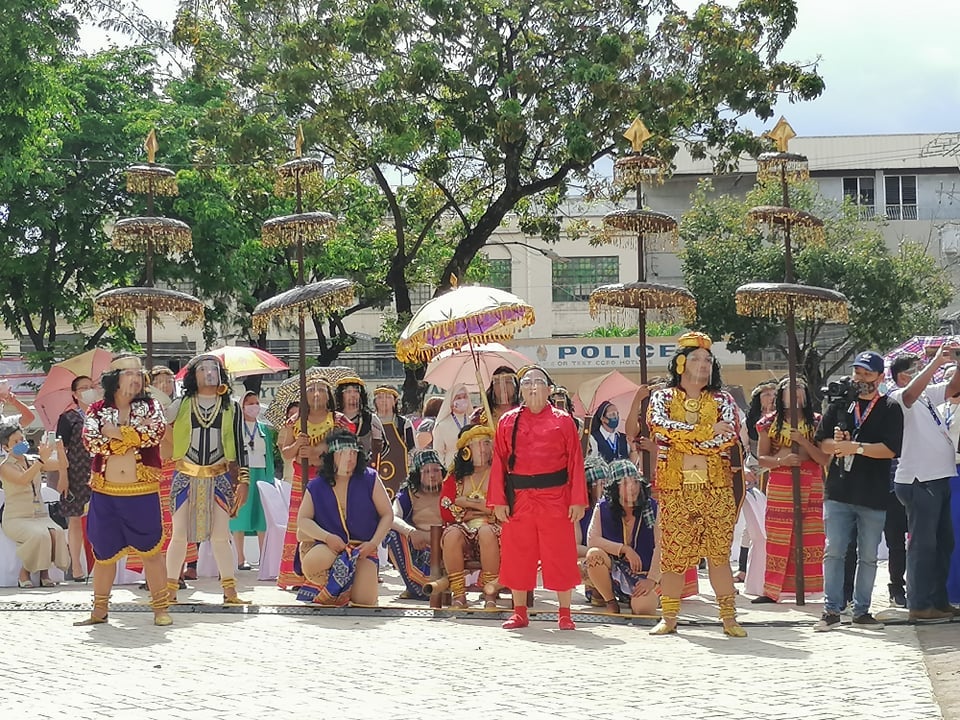 The first baptism that happened in the country exactly 500 years ago, was reenacted today, April 14, 2021, at the Plaza Sugbo in downtown Cebu City. | CDN Digital photo | Morexette Erram

CEBU CITY, Philippines – Years of preparations and rehearsals have finally come to fruition on Wednesday, April 14, as Cebu culminated the 500 Years of Christianity in the Philippines (500 YOC).

Dozens witnessed the reenactment of the first baptism held in the country in front of Magellan’s Cross in Plaza Sugbo, downtown Cebu City.

An hour-long play depicted the first meeting between Portuguese explorer Ferdinand Magellan and Rajah Humabon, as well as how the Rajah, his wife Hara Humamay, and their subjects were christened as members of the Roman Catholic church that took place exactly 500 years ago.

The performance also included the reenactment of Magellan giving the image of the Holy Child to Hara Humamay, who was baptized as Queen Juana.

The national and local government allowed the Roman Catholic church here to proceed with the 500 YOC activities but subject to health protocols.

As a result, roads leading to Plaza Sugbo and the neighboring Basilica Minore del Sto. Niño de Cebu were closed and all participants were required to wear face shields and masks.

Wednesday’s reenactment was followed by the Pontifical Mass with Papal Nuncio to the Philippines Archbishop Charles Brown as the celebrant.

At least 15 bishops from various dioceses around the country attended the event on Wednesday.

Read Next
3 Cebuano weightlifters to compete in Asian Weightlifting Championships