Signal No. 1 up in northern Cebu 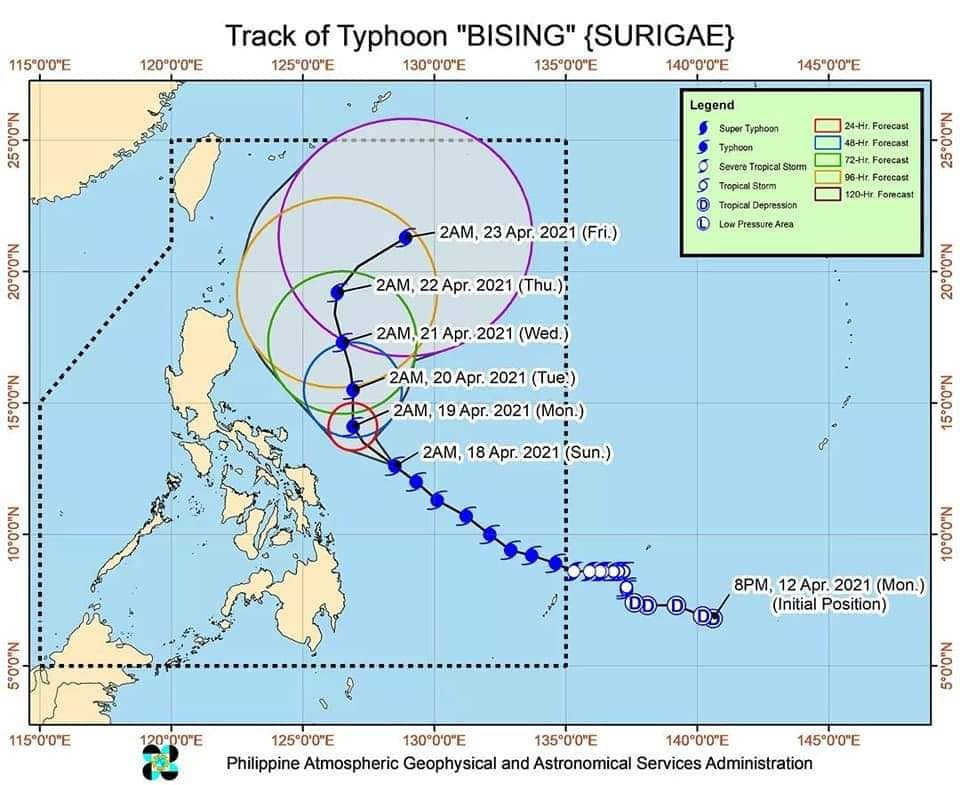 In its advisory, the Philippine Atmospheric, Geophysical and Astronomical Services Administration (Pagasa) said that the localities of Tabogon, Borbon, San Remigio, Bogo, Medellin and Daanbantayan including Bantayan and Camotes Islands will experience winds of up to 30 to 60 kilometers per hour (km/h) in the next 36 hours.

Catanduanes in Luzon and Northern Samar, Eastern Samar, and Samar in the Visayas were placed under Signal No. 2.  These places will experience winds of up to 61-120 km/h in the next 24 hours.

It has maximum sustained winds of 215 km/h near the center and gustiness of up to 265 km/h while it continues to move northwestward at 15 km/h.

“Today, the rain bands of Typhoon “BISING” will bring moderate to heavy with at times intense rains over Eastern Visayas and Bicol Region,” Pagasa said.

“Under these conditions, flooding (including flashfloods) and rain-induced landslides are likely to occur especially in areas identified in hazard maps as highly or very highly susceptible to these hazards.”

Pagasa said that Typhoon “BISING” will continue to move northwestward over the Philippine Sea east of Bicol Region this Sunday and is likely to “slow down considerably and begin turning more northward tonight or tomorrow early morning.”

It is expected to continue moving northward until morning of Tuesday, April 20, before turning north northwestward while over the Philippine Sea east of Cagayan Valley.

By Wednesday evening or early on Thursday morning, Bising is forecasted to turn northeastward or north northeastward away from the landmass of Luzon.

“The public and the disaster risk reduction and management council concerned are advised to take appropriate actions and watch for the next Severe Weather Bulletin to be issued at 11 AM today,” Pagasa said. 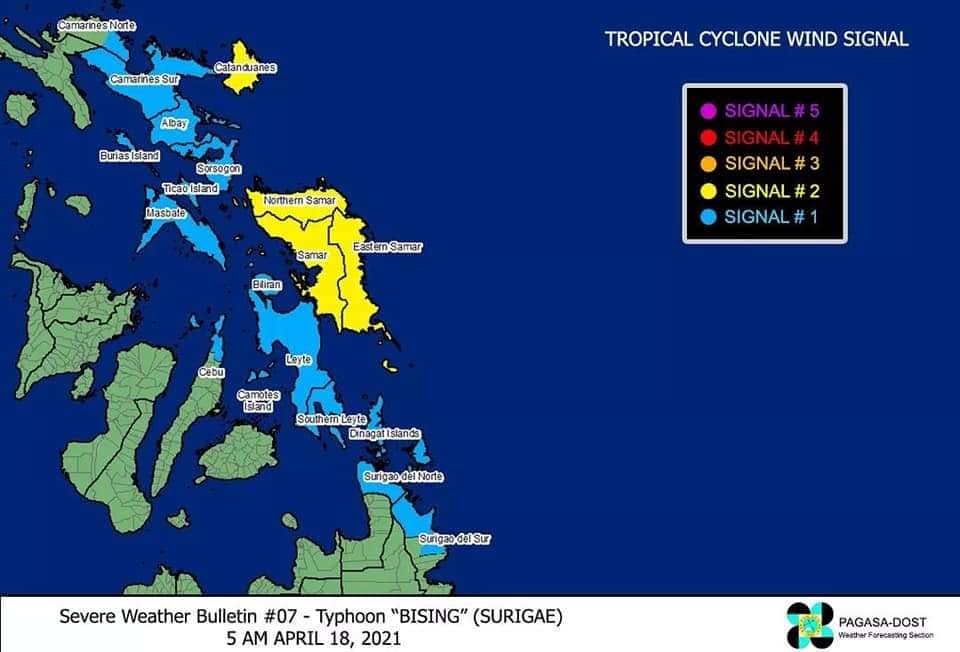 TCWS #1 that was earlier hoisted in Surigao del Sur has already been lifted.