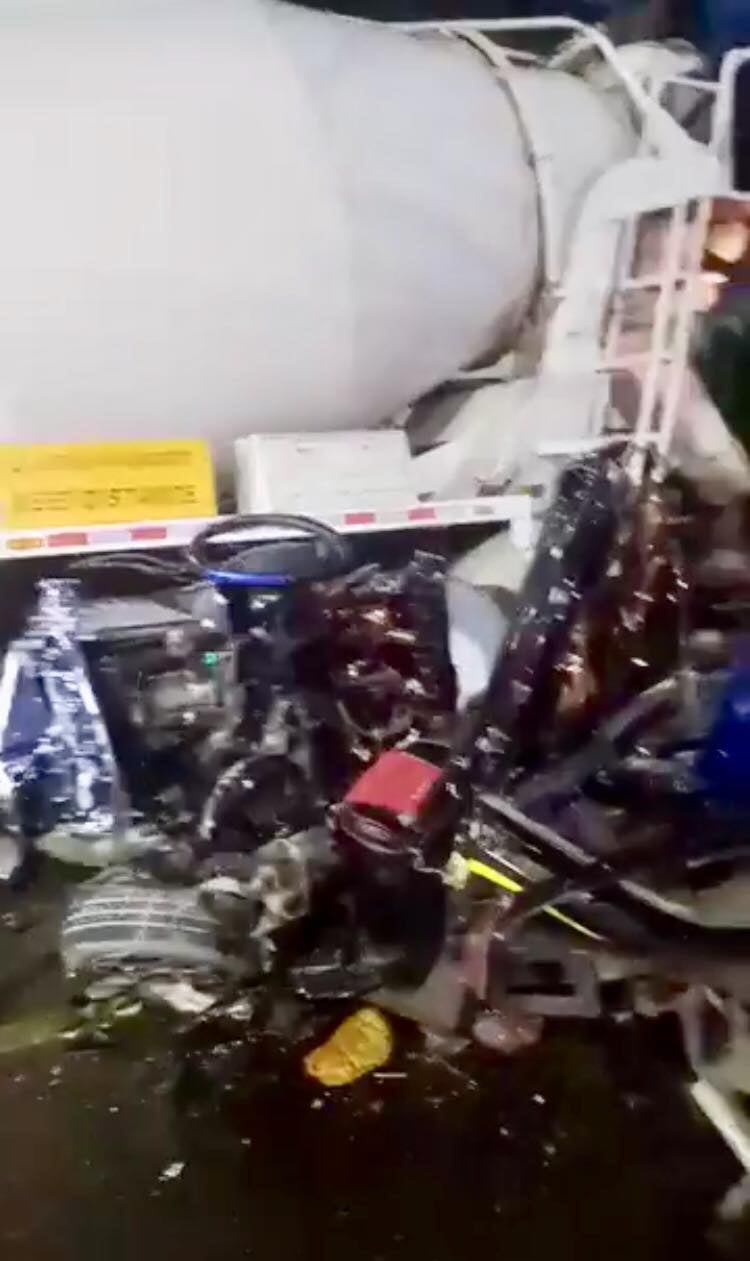 This is what’s left of a multicab after it met an accident along the national highway in Barangay Bulacao in Cebu City on Friday dawn, April 23, 2021. CDN Digital photo | Paul Lauro

Cebu City, Philippines—(Updated 8:30 am) One died and another was badly injured when a multicab carrying fish got rammed by two huge trucks along the national highway in Barangay Bulacao here on Friday dawn, April 23, 2021.

Police Chief Master Sergeant Renante Abuzo of the Pardo Police Station, who is the investigator of the case, identified the fatality as Edwin Saldania. He was pronounced dead on arrival by physicians at the Cebu City Medical Center.

Emergency medical responders said the driver of the multicab died on the spot due to severe injuries caused by the impact. A woman passenger was also badly injured. She was identified as Daiana Mariwen Saldania, wife of the driver.

The multicab was carrying barrels of fresh fish bought from the Pasil fishport and was said to be headed south to the City of Naga, where the couple was from.

Initial reports from witnesses in the area reveal that the multicab, a small pickup-type vehicle usually used for small businesses, was hit by a cement mixer truck from the back while it was trying to make a turn to a gasoline station. The impact caused it to be thrown to the opposite lane, where it was again rammed by another dump truck that was headed north.

Here is a CCTV footage of the accident taken from the gasoline station:

The impact from both trucks left the multicab in a wreck. Fish from the vehicle was also sprawled all over the road after the accident.

This is the livestream video taken shortly after the accident happened: