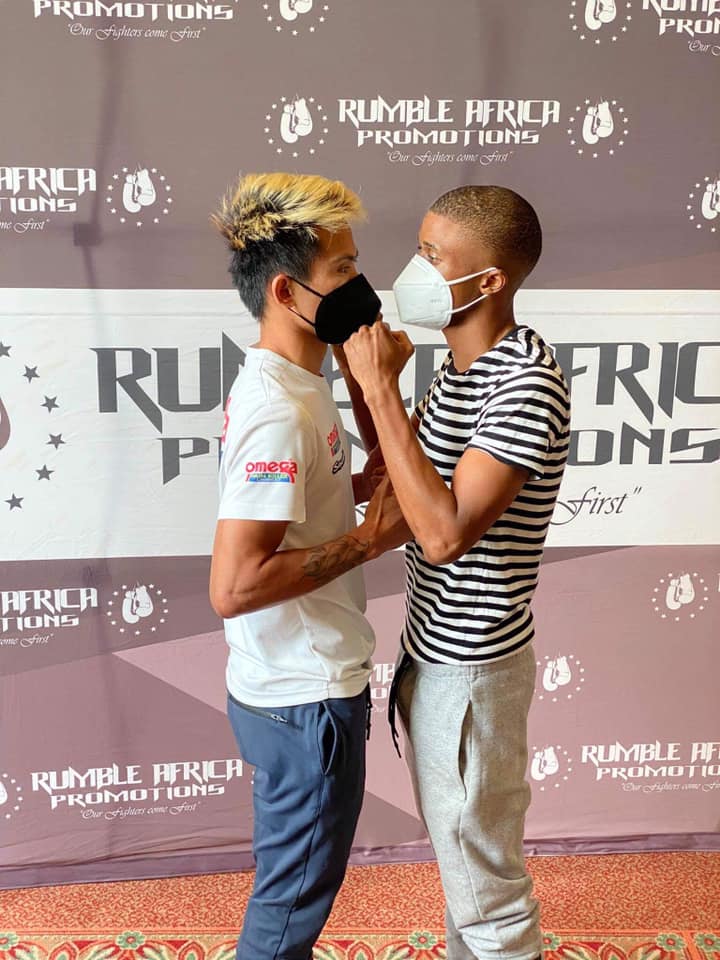 In an interview with CDN Digital, Junco said Araneta’s body clock has adjusted perfectly which is a good sign of his readiness for the crucial fight.

He also gave props to the promoters for giving them nice accommodation. Araneta and Junco are accompanied by Omega Sports Promotions chief Jerome Calatrava.

Araneta and Nontshinga faced each other for the first time last Wednesday, April 22, during their mandatory medical checkup and things got exciting when both boxers had a fierce staredown.

Nontshinga, who earlier threatened to break Araneta’s bones, teasingly puts his fists just an inch away from Araneta’s chin during their staredown.

The 25-year old Borbon town, north Cebu native already said that he is not at all intimidated by Nontshinga’s trash talks and ridiculous predictions. He said he remained focus on winning the bout.

Junco added that Araneta already went through a lot after his failed first world title eliminator that Nontshinga’s antics will not bother his boxer.

Read Next
Oponganon ready for 40-km swim around Mactan Island