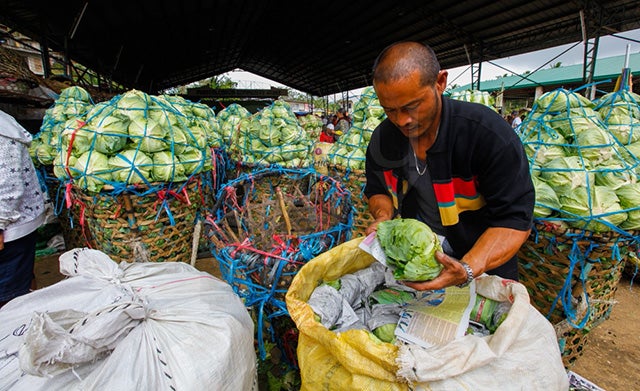 MANDAUE CITY, Cebu — Just like last year, Cebu Governor Gwendolyn Garcia made a promise to again help farmers in Dalaguete town dispose of their excess harvest to prevent these from rotting.

SugbuNews, the Capitol’s media arm, quoted Garcia saying that Capitol intends to purchase some of their unsold produce.

(I will not allow our farmers to suffer. Times are hard because of restrictions that were implemented.)

The governor said that the provincial government would buy their produce and distribute these to religious institutions.

(We will again distribute our purchase to the priests managing boystown and girlstown just like we did last year and priests and nuns will in turn be helping us with their prayers.)

The purchase was distributed to different religious institutions, jail facilities, police offices, and Capitol employees among others.

Dalaguete Mayor Jeffrey Belciña expressed his gratitude to the governor’s continued support for farmers in his town.

He said that last year’s oversupply resulted from the simultaneous planting of the vegetable which led to an excess supply of around 10 to 15 tons of cabbage per day.

Belciña said that even during the administration of former Mayor Ronald Allan Cesante, they had been campaigning for barangays to focus production on a certain vegetable or crop.

One barangay, for example, was told to plant pechay while another to propagate cabbage. The others were told to plant carrots, beans, eggplants and others. Still, some farmers insisted on planting cabbage because the kind of land that they had was suited for this kind of a vegetable.