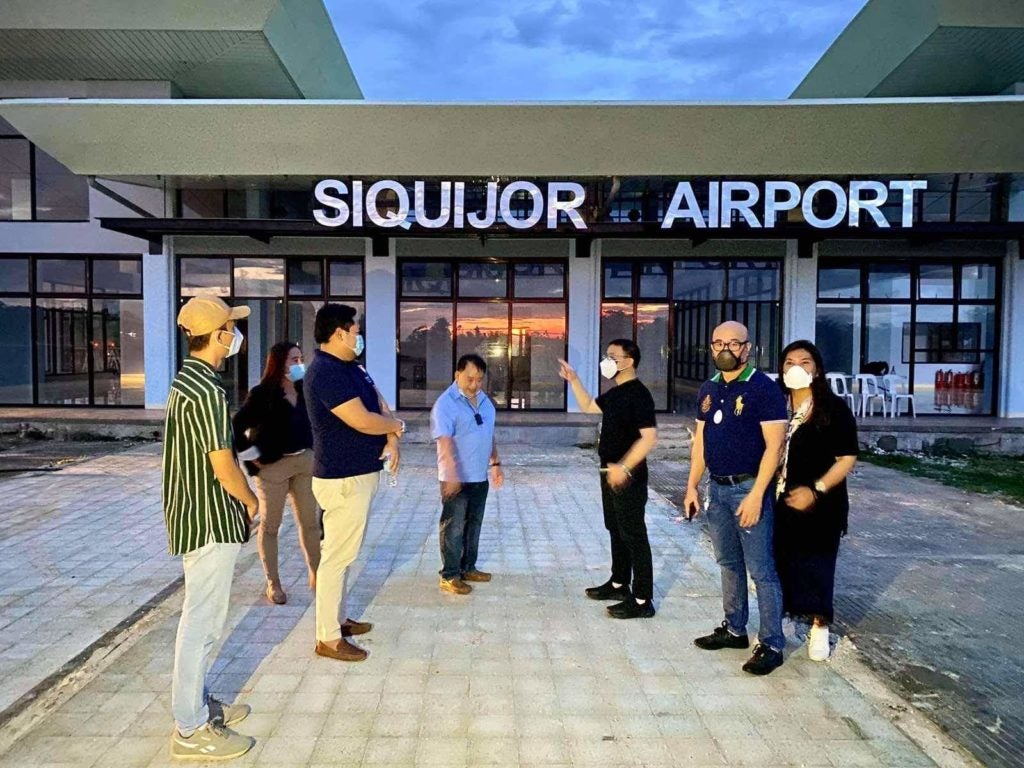 CEBU CITY, Philippines — The upgrading of the Siquijor Airport continues to get funds from the national government.

Additional funding of P450-million was released by the national government to extend the runway of the airport equivalent to that of Dumaguete Airport’s runway length, which stretches over 1.9 kilometers.

Moreover, another P350 million was allocated to expand or widen the runway to accommodate bigger planes.

The bidding for the runway extension project will start next month.

In an ocular visit with the Office of the Presidential Assistant last April 22, 2021, Siquijor Governor Zaldy Villa and Congressman Jake Vincent Villa expressed their gratitude for the administration’s funding of P68 million for the terminal and P500-million for the runway.

Undersecretary Anthony Gerard Ybañez Gonzales represented Presidential Assistant for the Visayas Secretary Michael Lloyd Dino during the visit to see the progress of the airport.

The passenger terminal building, powerhouse, and the vehicular parking area of the airport were completed in October last year.

The governor expressed optimism that more tourists will flock to the province once the new airport starts operating.

He revealed that the airport made it possible for them to make a master plan or urban plan of their province.

Siquijor will receive P1 million for the Masterplan from Tourism Infrastructure and Enterprise Zone Authority (TIEZA) with their direct coordination with TIEZA Board Member Mark Lapid.