It’s final: Community pantries need no permits but must coordinate with LGUs – Año 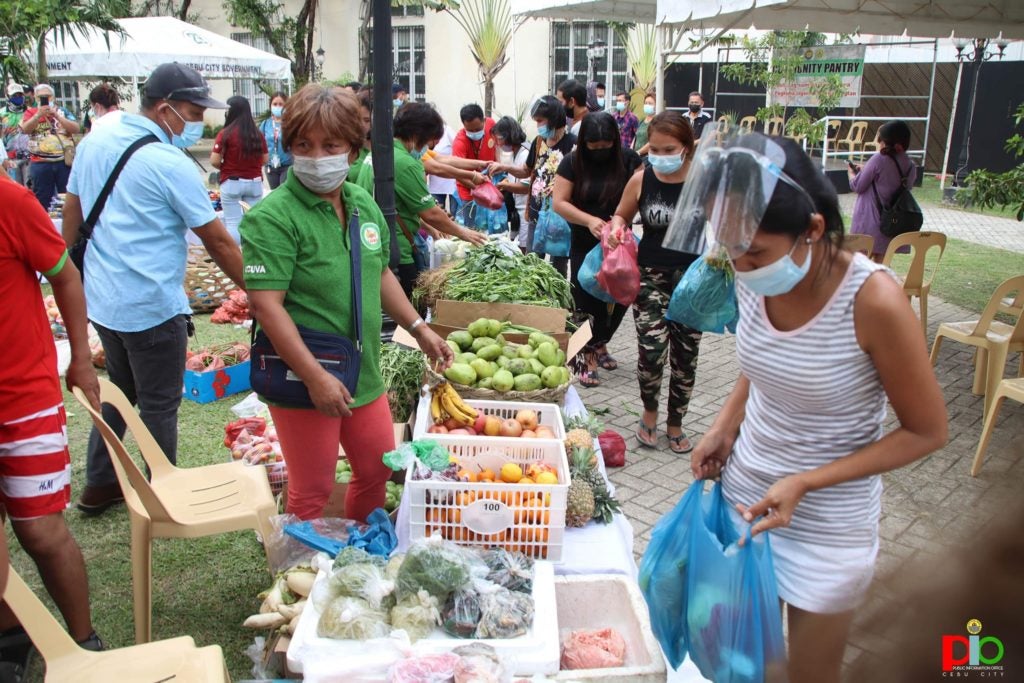 A Cebu City-organized community pantry is set up at the Senior Citizens’ Park to help Carbon Market vendors put up surplus goods for the public who are suffering from the economic impact of the pandemic. | Photo Courtesy of Cebu City PIO

MANILA, Philippines — Community pantries need not get permits to operate from the government, but their organizers must coordinate with local government officials, Interior Secretary Eduardo Año said on Wednesday during the pre-recorded briefing of President Rodrigo Duterte.

“First of all, a permit won’t be required because it will be an additional burden to whoever will get into organizing a community pantry,” Año said in Filipino.

“However, there’s a need to closely coordinate with all LGUs [local government units] because all organizers of community pantries must be compliant with the laws and ordinances,” he added.

According to Año, the Department of the Interior and Local Government (DILG) has crafted guidelines on the operation of community pantries  — in accordance with Duterte’s directives — as they could be places where COVID-19 could spread if minimum health standards were not followed.

Community pantries started soon after Metro Manila and the adjacent provinces of Bulacan, Rizal, Cavite, and Laguna were placed under enhanced community quarantine (ECQ) due to a new surge in COVID-19 cases.

As the ECQ left several people with little to no income due to the economic restrictions, some people started getting donations from their communities to provide food for poor families.

Previously, there were talks if the community pantries should be regulated and if organizers should get a permit from the government.

Community pantries faced other issues, such as their organizers being red-tagged and health experts fearing that crowding in them could cause more infections.

The DILG has already warned organizers that they run the risk of closure if health protocols were not enforced.