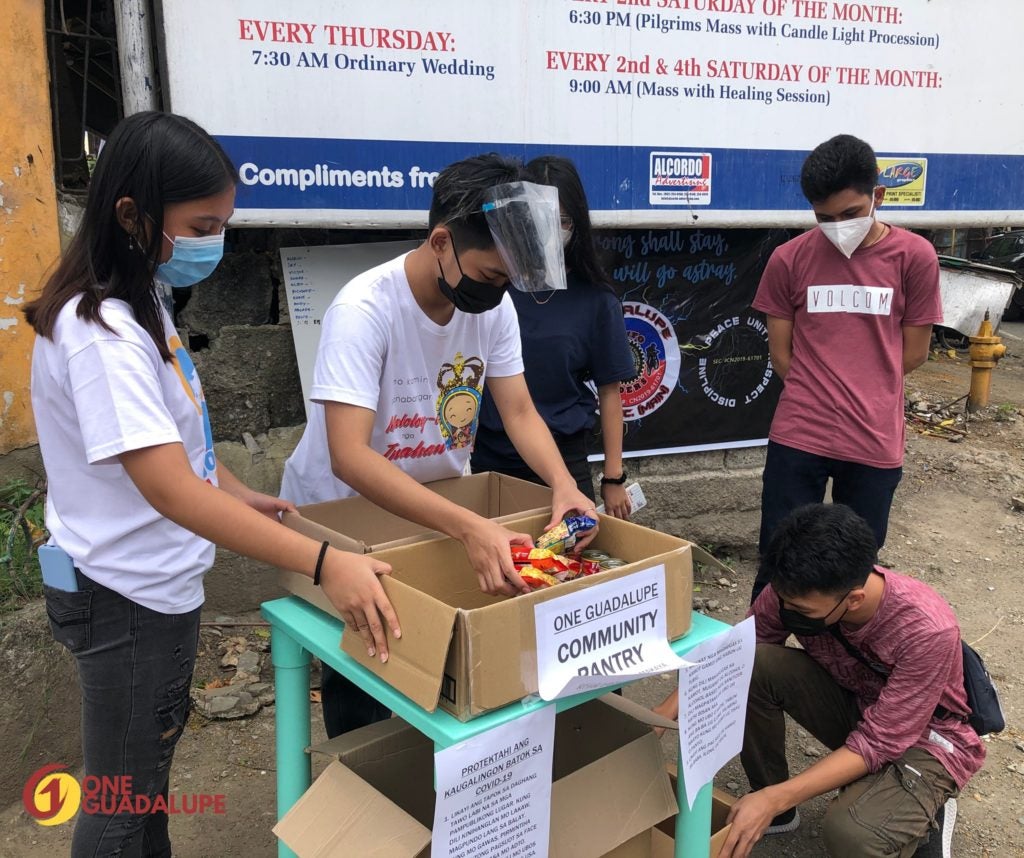 Photo Courtesy of One Guadalupe.

CEBU CITY, Philippines — There will be no permits required of community pantries set up by residents in the city.

The Association of Barangay Councils (ABC) through its president, ex-officio Councilor Franklyn Ong, told CDN Digital that this practice is a laudable community initiative of people who want to help each other amid the trying pandemic.

With this, he said that barangays in Cebu City are advised to let the community pantries be and extend help when asked for by the organizers in terms of keeping order in these pantries.

Ong said that because the movement is fairly new, there is no apparent need for government intervention yet, although the barangays should also monitor the pantries to ensure that social distancing is observed.

The only request of the barangay chiefs is that community pantries do not block the roads or alleyways where people would often pass.

Ong noted that every location would be different and may require different attention from the barangay.

The statement of the Department of the Interior and Local Government (DILG) on the matter of community pantries had organizers in Cebu City confused.

DILG Secretary Eduardo Año initially said these pantries need permits from the barangays but later retracted the statement saying there is no need for government intervention for a project initiated by the communities themselves.

Año further added that organizers should coordinate with the barangays to maintain order.

Michael Angelo Quijada, the executive director of One Guadalupe, said that they began the project on April 19, 2021, to mirror the community pantries in Quezon City in hopes to alleviate the hunger of people who are economically suffering through the pandemic.

For the last two days, the group saw a surge in donations as well as beneficiaries in the two stalls. The stalls remained assisted to avoid violating the social distancing protocol.

Sugbo Cares, a Cebu-based organization, is using Barangay Guadalupe as a pilot area for their project of a province-wide community pantry.

For now, Quijada said that the system needs to be improved so that volunteers will no longer man these community pantries.

The study should help the organization set up community pantries that they hope will be for long term.

For now, these pantries have been receiving support from the public and no complaints yet have been heard from the residents. /rcg

Read Next
IMEG-7: Criminal charges vs Sawang 11 up to prosecutor, admin raps to continue