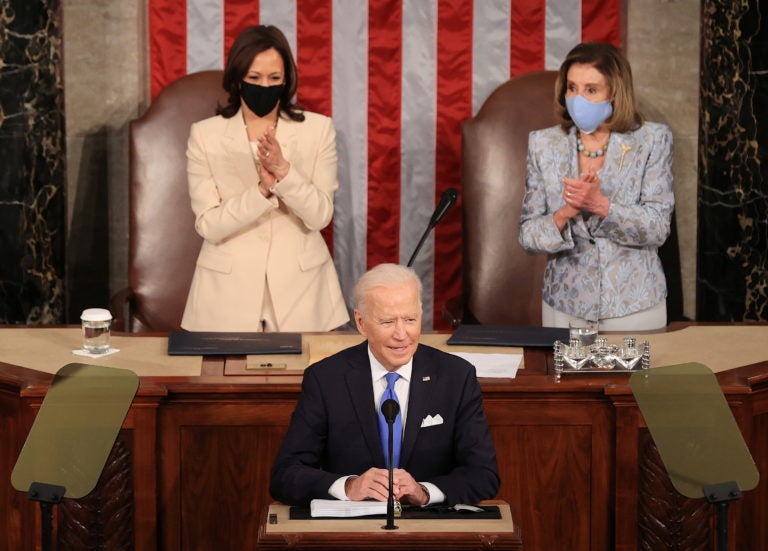 The seating arrangement carried a symbolic meaning for the advancement of U.S. women in recent decades since Harris and Pelosi stand first and second in the presidential line of succession, respectively.

Harris, the first woman and the first Black and Asian person to serve as vice president, sat to Biden’s right. Pelosi, who became the first woman speaker of the House of Representatives in 2007, sat to his left.

The two women are playing a vital role in the early days of the Biden presidency, with Harris as a close adviser and tie-breaker in an evenly divided Senate and Pelosi helping to marshal the president’s legislative agenda through Congress.

Biden spoke to a joint session of the House and Senate with attendance restricted to enforce social distancing amid the COVID-19 pandemic.

Harris arrived ahead of Biden and Pelosi affectionately took the vice president’s hand as she reached the dais before quickly switching to a pandemic-appropriate elbow bump.

Read Next
Labella appeals to nat’l government: Give us more vaccines