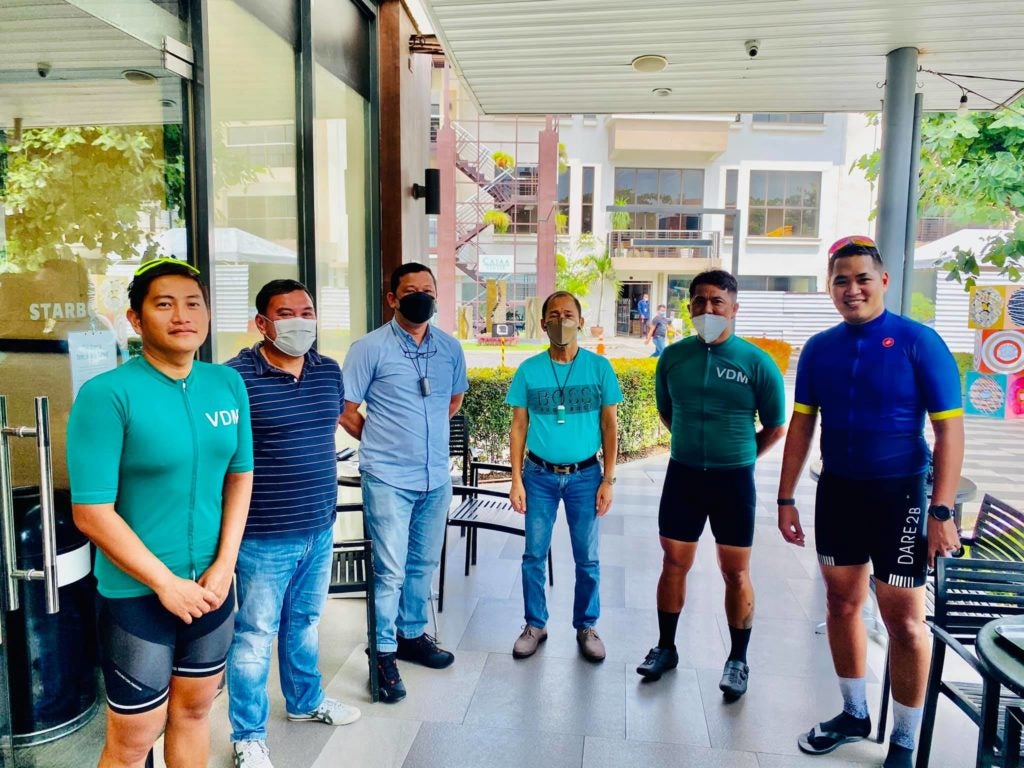 CEBU CITY, Philippines— Cebuano sportsman Voltaire Montebon and his group, VDM Sports got the support of both Land Transportation Office (LTO) Regional Director Victor Caindec and Cebu City Councilor Jerry Guardo on his petition to lower the speed limit in Cebu City to 30 kilometers per hour (30kph) for all vehicles to lessen road-related accidents.

Montebon and his cycling group which organizes long-distance rides around Cebu to promote wellness and health had a meeting with Caindec today, April 30, 2021, to inform the latter of his group’s petition.

According to Montebon, Caindec supports his cause and even encouraged him to pursue his petition. CDN Digital tried to reach Caindec for comments but the director has yet to reply as of this posting.

Montebon is planning to gather one thousand signatures to support his petition.

The 44-year old Ironman 70.3 finisher is expecting that his petition will draw the ire of many motorists in the city.

Meanwhile, Guardo said he is backing Montebon’s cause since he had personally witnessed several accidents particularly at the Transcentral Highway (TCH) in upland Cebu City.

He recently got the approval of the City Council to ask the Sugbo Bike Lanes Board (SBLB) to conduct basic safety training for newbie cyclists in Cebu City.

Guardo said that since an earlier speed limit ordinance authored by Councilor Raymond Alvin Garcia was already approved, he will suggest to Montebon to draft a petition to amend such ordinance instead.

Guardo said that as a sign of support to Montebon’s petition, he will file a resolution in the Council to urge the LTO and the Cebu City Traffic Office (CCTO) to strengthen their monitoring against overspeeding especially in accident-prone areas such as the TCH.

“There has to be a limitation on speed and this will apply to all vehicles. Primarily we want to save lives, we don’t lose the life of a person just because of the recklessness of driving, kanang mga magpataka lang pakusog ug dagan,” said Guardo.

Montebon, on his side, plans to approach the Cebu Provincial Government about his petition.

Read Next
Virtual job fair on May 1: 1.7K jobs offered