Gal Gadot to mothers like her: Teach your kids to love themselves 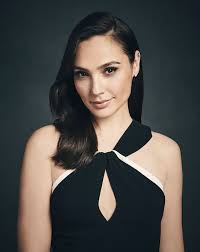 With great power comes great responsibility. It’s this realization that quickly hit home for Gal Gadot soon after she was chosen to wear Wonder Woman’s costume in the DC Extended Universe’s series of superhero films. But motherhood, more than anything, has brought the issue closer to home.

The 36-year-old actress and her businessman husband Yaron Varsano are getting ready to welcome the arrival of their third daughter, after 9-year-old Alma and 3-year-old Maya. And Gal said she was committed to inspire as much her kids as all the young and teenage girls around the world to become the “Wonder Women of tomorrow.”

“First of all, the best way to inspire my daughters to find the Wonder Women in them is just to be a good example and a good role model to them. So, I tried to do that,” the actress said during our recent chat with her to promote “IMPACT with Gal Gadot,” her series of short-form documentaries for National Geographic. Gal added, “Even more important than that is to teach them to love themselves, because that’s how they’ll find their biggest power—when they are independent and feel like they’re capable of doing whatever they want in life. When you love yourself, that’s when you’re most empowered.

“When I learned about the reaction I got from so many different people for playing Wonder Woman, I started to think, ‘OK, now I really need to be responsible about this kind of influence and be truthful to anything that I spread to the world with my social media platforms, as well as with the interviews that I give’—because people listen, you know?

“I remember how it was when I was younger. I used to give interviews when I just started modeling and acting, and I remember thinking to myself, ‘Who’s going to listen to this? They don’t care about what I have to say!’

“But slowly and gradually, I realized that people do listen! I’m a mother of two girls, and my belief system is very close to Wonder Woman’s belief system. I’m all about love and compassion and peace and positivity. “I try to make the world a better place as much as I can—and that’s a very natural fit for me.”