Filipino netizens took to social media to comment on a viral TikTok video of singer Moira Dela Torre where she used a super big and moveable face shield or more like a body shield presumably to protect herself from being infected with COVID-19.

Moira was performing her song titled “Tagpuan” in an event while dragging the life-size face shield along with her.

In the video, Moira can be seen singing while pulling around a clear barrier attached to the legs of a swivel chair.

She also asked someone from the crowd to sing a part of her song and handed over her microphone.

One video was posted by Twitter user @maroontito and captioned it with only a bunch of question marks. 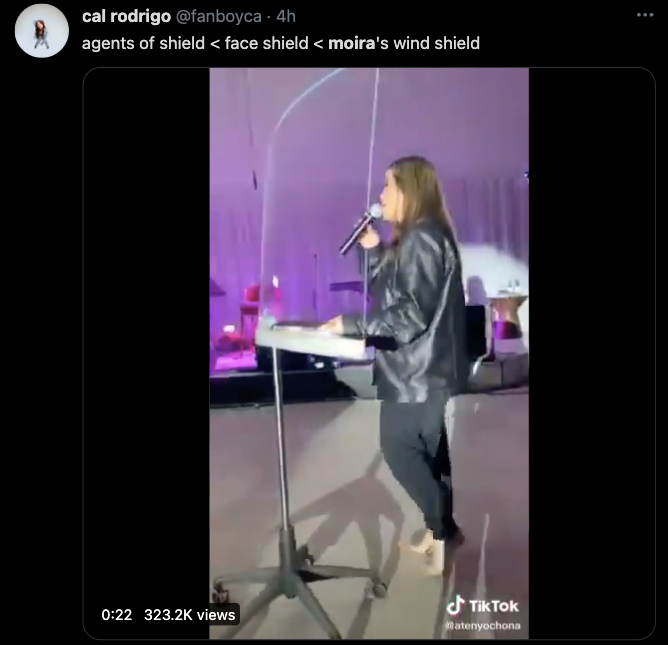 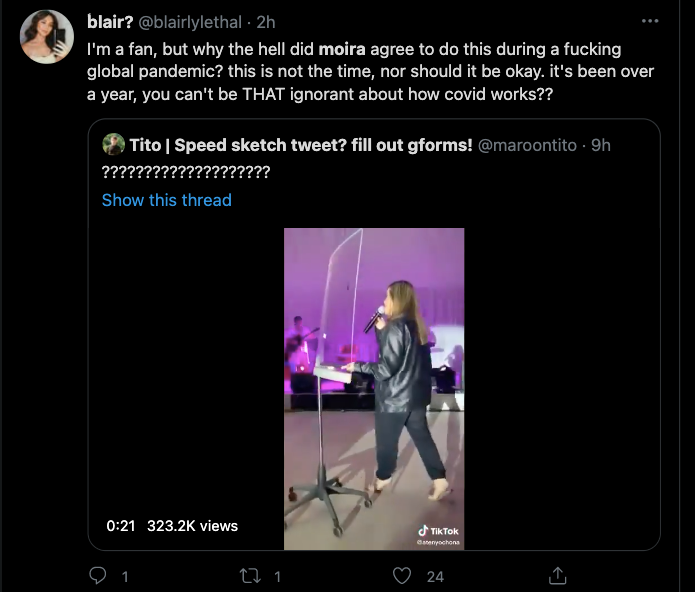 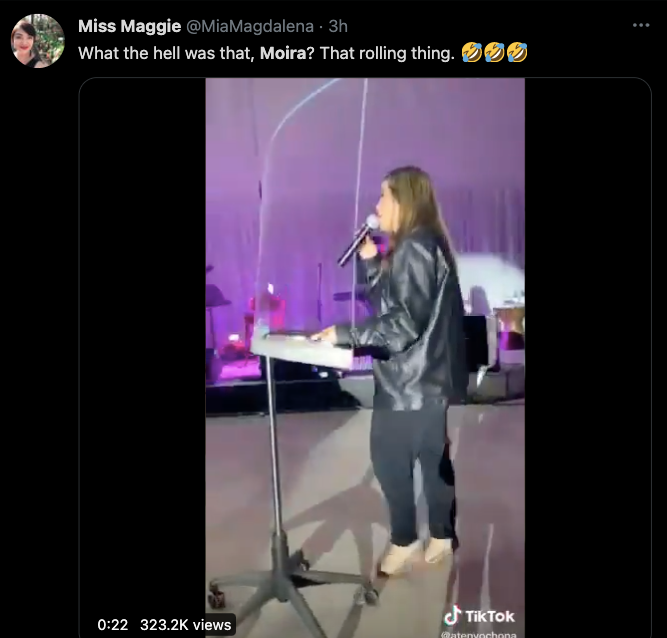 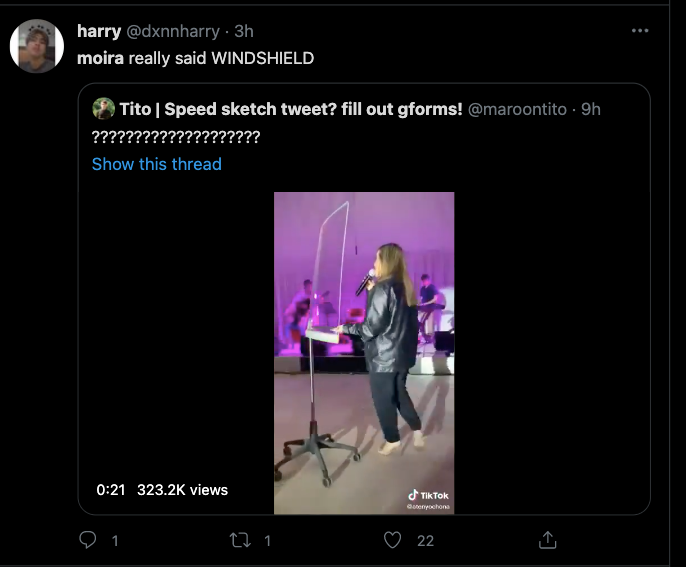 Some expressed dismay over the makeshift face shield and even criticized Moire for letting an audience from the crowd use her microphone. 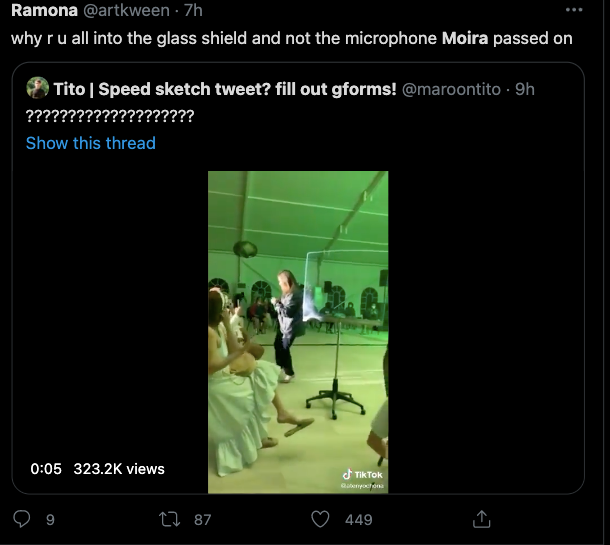 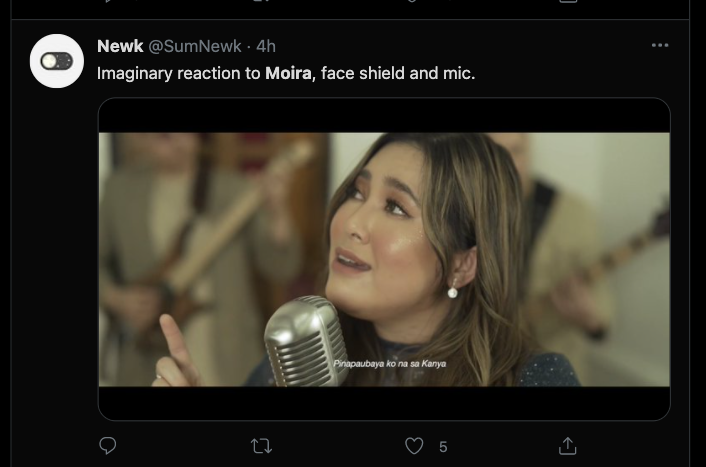 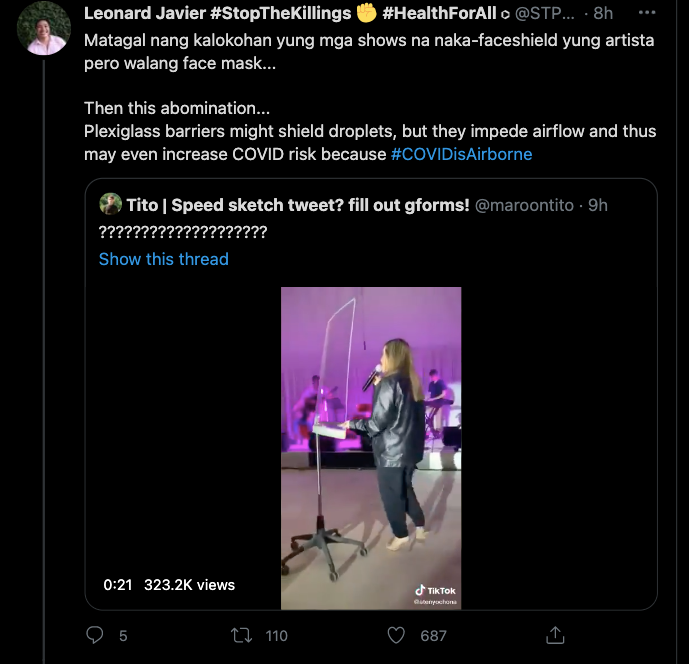 While a netizen with user @9397jinyoongi called Moira a “new innovator”. 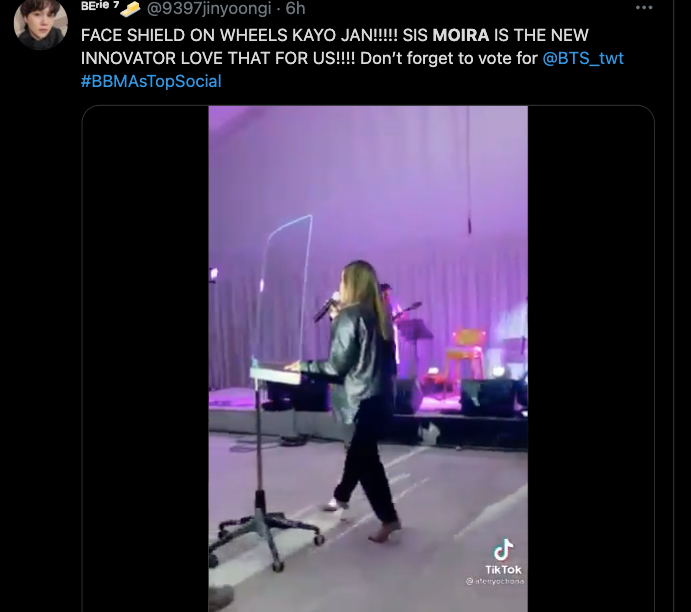 Others also likened the singer and her giant face shield to a character of a mobile game. 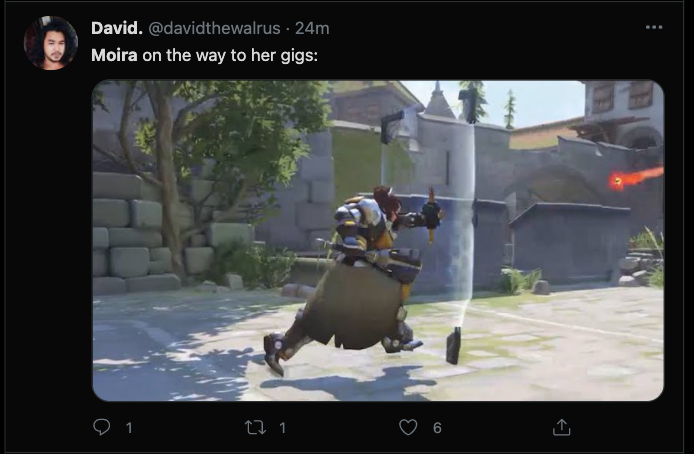 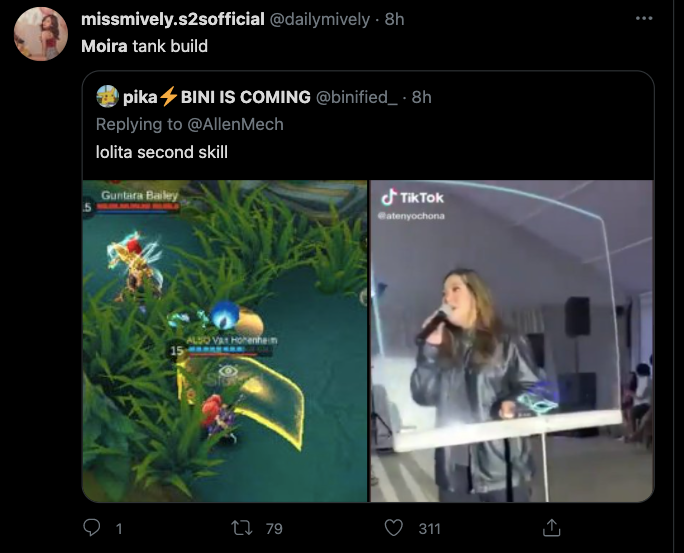 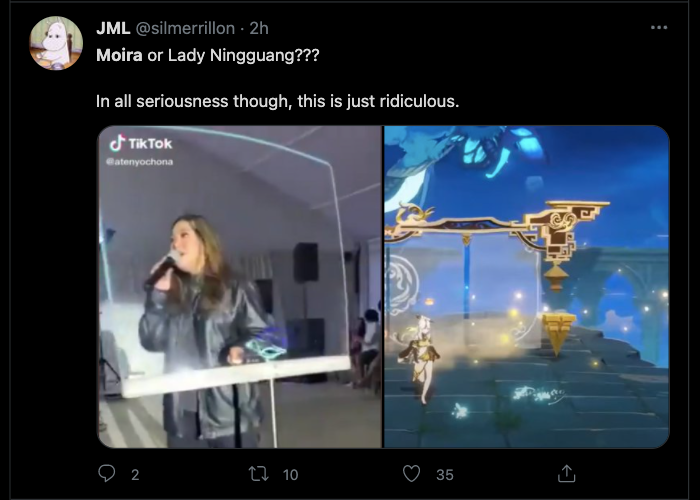