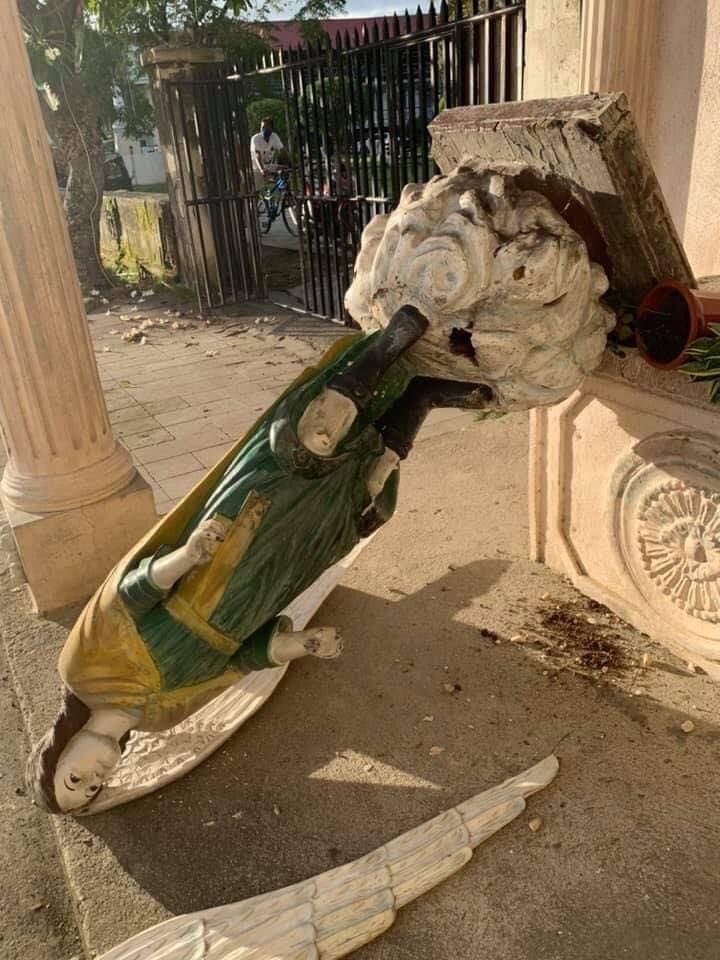 CEBU CITY, Philippines – The Argao Police Station on Wednesday afternoon, May 12, confirmed that a settlement is being arranged between church officials of the Archdiocesan Shrine and Parish of Saint Michael the Archangel in Argao and the family of the person behind the vandalism that occurred there.

This after police has already identified the person behind the incident – a 40-year-old man who has a history of mental health illness.

CDN Digital has opted not to reveal the identity of the man not only for his own protection but also for his family.

Police Corporal Anthony Deiparaine, assistant for operations of the Argao Police Station, told reporters in a phone interview that the man’s relatives confirmed to investigators about the incident as well as his condition.

“With the help of the barangay tanods (village peacekeepers), we were able to trace possible identities of those who could be behind the vandalism… Our investigators visited him and his family in their house. When they also asked him about the incident, he admitted it was him,” Deiparaine said in Cebuano.

“His family also told us about his condition, and they decided to enter into a settlement with representatives from the church,” he added.

In the meantime, Deiperaine said they referred the man to Vicente Sotto Memorial Medical Center (VSMMC) for proper treatment.

Police in Argao town received a report from church workers at 6 a.m. on Wednesday when they discovered that two of their statues were damaged. The statues were those of St. Raphael and the town’s patron-saint, St. Michael the Archangel.

Vandalism at St. Michael the Archangel Church: Who did this?