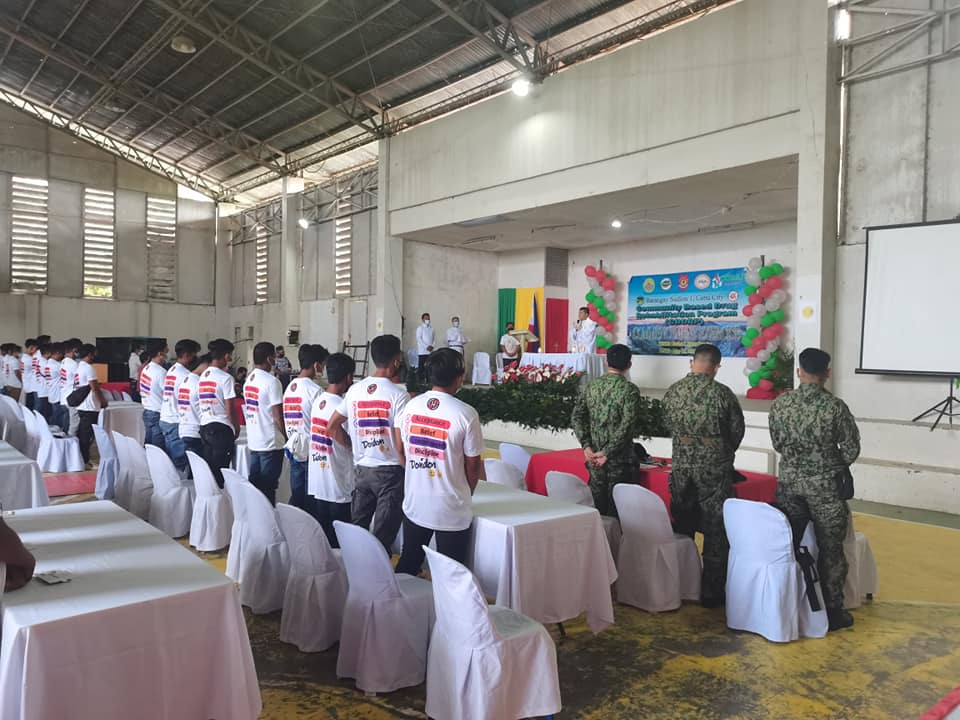 Rehab graduates in Barangay Sudlon I in Cebu City. | Photo courtesy of COSAP

CEBU CITY, Philippines — At least 98 drug surrenderees from Barangay Sudlon 1 graduated from the drug rehabilitation program initiated by the City Office for Substance Abuse Prevention (COSAP) on Saturday, May 15, 2021.

COSAP head John Jonah Rodriguez said 92 of the graduates obtained “All Negative Results” in all the drug tests conducted while others eventually had negative results.

On the other hand, 71 of them got a perfect attendance since the start of the Community-Based Drug Rehab Program.

“A total of 98 Surrenderrers has received their Certificate of Completion at the Gym. All Drug Personalities who are in the PNP PDEA Watchlist are all accounted for,” he said.

Rodriguez expressed his pride that in just one month, the city has produced 182 graduates of the city’s rehabilitation program for two barangays, Sudlon I and Basak Pardo.

In previous statements, Rodriguez said that the city has been doubling its efforts on establishing community based rehabilitation programs because it is the long term solution to the city’s drug problems.

The Sudlon I graduates, the second batch of graduates this year, also planted trees to mark their graduation a week prior to Saturday’s ceremony.

The graduates were provided not only with rehabilitation from drug addiction but also livelihood and skills training in the program so that they will now be ready to reenter society as productive citizens.    /rcg