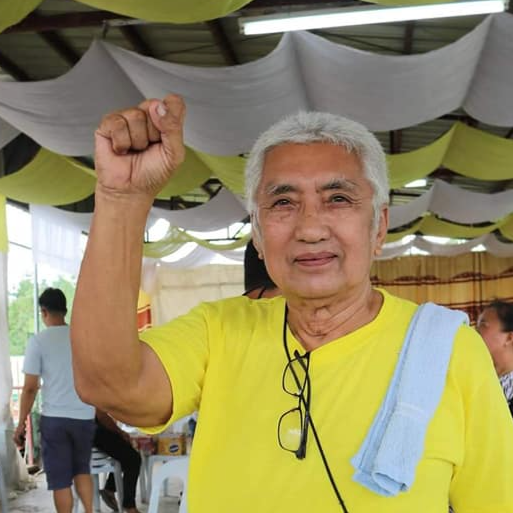 The Bagong Alyansang Makabayan in Central Visayas (Bayan-Central Visayas), in a statement on social media, announced it would conduct an online candle lighting and indignation rally on Sunday, May 30, urging authorities to shed light on Tan’s death.

(As the disregard of human rights worsens with the rampant killings, it is just right to amplify our calls for justice to all victims of this inhuman state.)

Still unidentified gunmen killed Tan, 80, last Friday evening, May 28, while he was sleeping in his hammock in Purok Caimito, Barangay Upper Poblacion in Pilar town, Cebu.

Tan left the priesthood decades ago, and allegedly joined the New People’s Army (NPA), a claim his family denied after he was arrested in 2017.

He also served as a negotiator of the National Democratic Front of the Philippines (NDFP) during the administration of President Corazon Aquino.

In Iloilo, during the same day when Tan’s death was reported, another former NDFP negotiator Reynaldo Bocala and his companion, Willy Epago, were killed in a police raid.

They allegedly put up a fight against officers who tried to serve warrants for Bocala’s arrest at his house at Barangay Balabag in Pavia town, Iloilo. / with reports from Philippine Daily Inquirer

Two elderly communist leaders slain at home in the Visayas