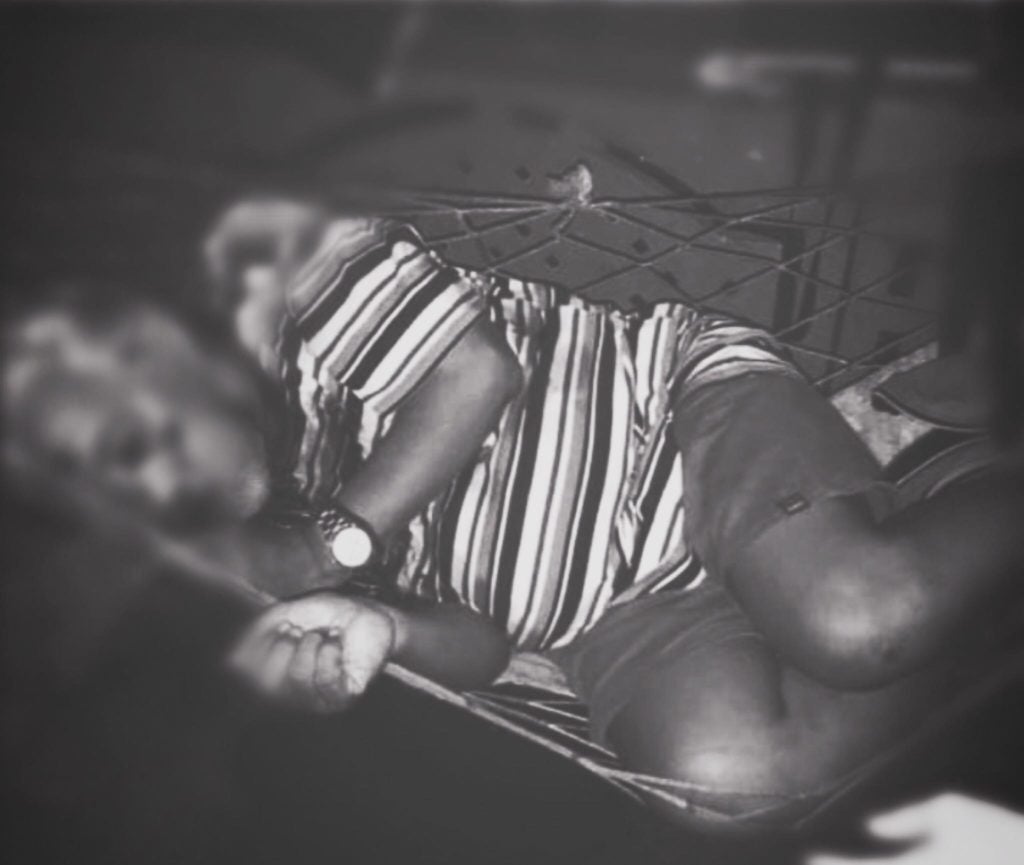 Former priest Rustico Tan’s bullet-riddled body was found on a hammock after he was shot dead by an unidentified assailant in Pilar town, Cebu, on Friday night, May 28. | Photo from Pilar PS

CEBU CITY, Philippines — A former priest who was once tagged by the police as an alleged member of the New People’s Army (NPA) was killed by a still unidentified assailant in his home on Friday night, May 28 in Purok Caimito, Barangay Upper Poblacion in Pilar town, Cebu.

Rustico Tan, 80, was resting on his hammock at the terrace of his house probably trying to seek solace from the hot and humid weather when an unidentified assailant shot him six times causing his untimely death.

Case investigator Police Corporal Roberto Ricaplaza said that they have no lead just yet on the identity of the killer as they are still looking for witnesses. Tan was alone at that time.

Ricaplaza said that Tan was a native of San Carlos, Negros Occidental who arrived in the said barangay last January to marry his wife who is from said place.

Ricaplaza said that the shooting incident happened at around 8:20 p.m. on Friday.

After receiving a shooting report from Upper Poblacion barangay captain Heramis, Pilar police rushed to the area and found the bloodied victim with six gunshot wounds on different parts of his body.

Responders immediately sought medical assistance from the municipal health office but when help arrived, it was too late.

Investigators recovered four (4) empty shells and a deformed slug at the crime scene.

Ricaplaza said that they could not disclose where specifically the victim was hit as they are still waiting for the result of the autopsy.

As of this posting, they are also waiting for the son of the victim to claim Tan’s body at a local funeral parlor in Barangay Lanao. Ricaplaza said that they will also coordinate with Tan’s two sons for further leads.

Police are still conducting further investigation to establish the possible motive behind the killing of the former priest and also to identify his possible assailant.

Last 2017, Tan was arrested in Santander town for allegedly being a member of the New People’s Army. However, Tan’s family denied any involvement of the victim with the rebel group.

On the other hand, Police Regional Office-7 (PRO-7) director General Ronnie Montejo said they are verifying reports that Tan was a peace negotiator of the National Democratic Front of the Philippines (NDF) during the term of President Cory Aquino.   /rcg