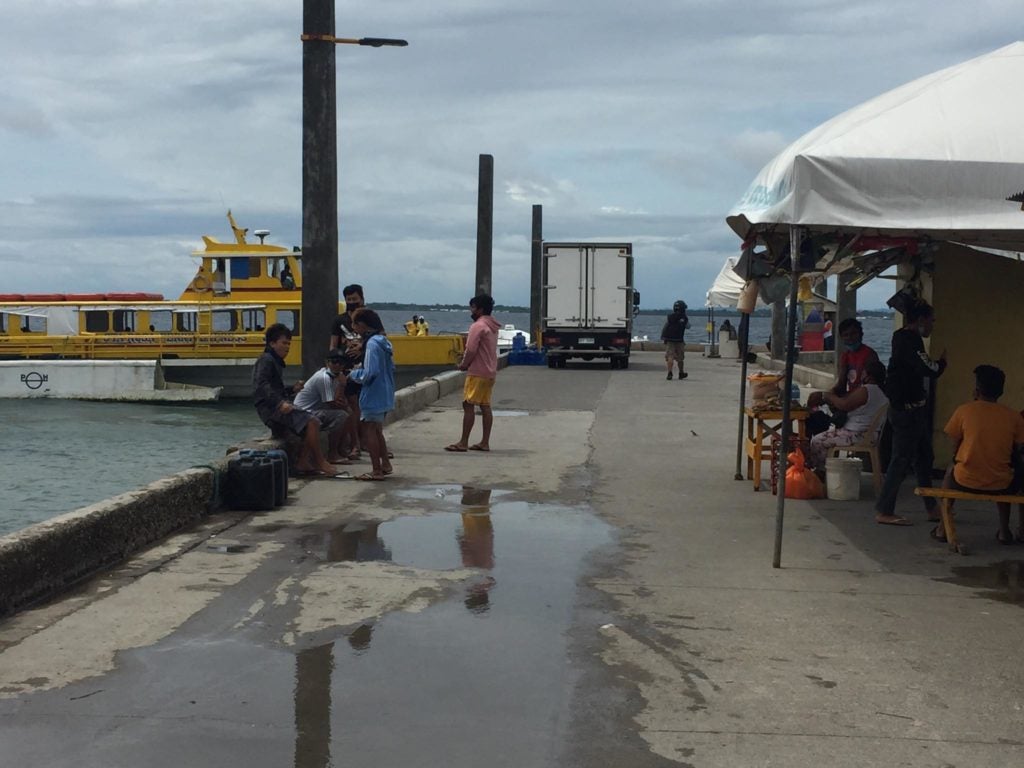 LAPU-LAPU CITY, Cebu—Forty-eight individuals who were stranded at the Angasil Port in Barangay Mactan, here on Tuesday evening, June 1, 2021, have already returned to their homes on Olango island on Wednesday morning, June 2.

Petty Officer 3 Jeremiah Luquias from Coast Guard Lapu-Lapu Substation said they lifted the suspension of trips at 8:30 a.m. after public storm signal no. 1 due to Tropical Storm Dante was lifted by the Philippine Atmospheric, Geophysical, and Astronomical Services Administration (PAGASA).

Before the suspension was lifted, the City Social Welfare and Development Office (CSWDO), headed by Annabeth Cuizon, provided food packs and towels to stranded individuals at the Angasil Port.

Luquias added that the Coast Guard has not recorded any sea-borne-related incidents since Tuesday.

He said that they also monitored fisherfolks in the city, to ensure that no one will go fishing in the sea.

Rodolfo Ompad, a resident of Barangay Sabang in Olango Island, who arrived at the Angasil Port on Wednesday morning, said that they had a safe and smooth trip from Sta. Rosa Port.

He said that they only experienced difficulty upon arrival at the Angasil Port, due to big waves.