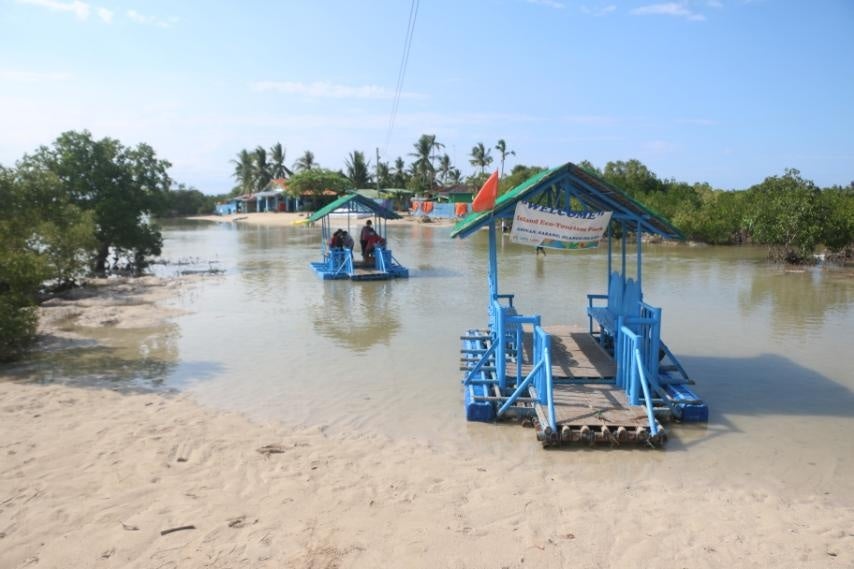 MANDAUE CITY, Cebu — Most of the residents of Sitio Asinan in Barangay Sabang in Olango Island earn from fishing.

But when their catch is scarce, they resort to other means like the illegal extraction of shells and the cutting of mangroves that are in violation of environmental laws.

To put an end to these practices, Jimmy Glomar, former livelihood officer of the Lapu-Lapu City government, organized occupants of the 34 households in the area and provided them with the necessary training for a tourism-related venture.  And even if he is no longer employed at City Hall, Glomar continues to help island residents.

“Their income from fishing is not enough. Many are poor, many of their children are malnourished and many in their community are out of school youth,” he said.

Since they live close to the sea, Glomar with the help of then Lapu-Lapu city government, worked to develop their area into an eco-tourism park.

(I saw the potential of the area. That is why we started to train the residents.)

Preparations started in July 2012 and the eco-park was formally opened in December of the same year.

“We organized the residents and trained them on how to properly prepare food and handle visitors.  Ang gigamit namo (We used) mostly donations and those coming from DOLE,” he said. 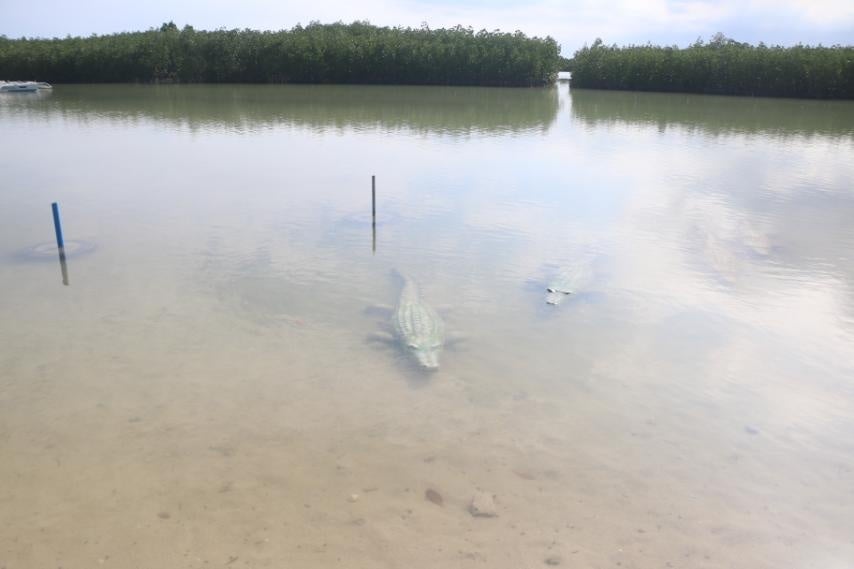 Structures were set up to provide shelter to day users.  Donated tents were loaned to those who wanted to spend the night in the area for a fee.

Two “balsas” that residents used to cross to mainland Sabang during high tide were also leased to visitors for P100 per hour to frolic in the area or go to nearby beach resorts.  The balsa rental includes the services of two guides, who also act as balsa operator.

As an added attraction, then Lapu-Lapu City Mayor Paz Radaza made a personal donation for the establishment of a bamboo bridge that will connect Sitio Asinan to the rest of Barangay Sabang located in mainland Olango Island.

The community becomes isolated during high tide making it difficult for the children to get to school and for the other residents to go to other parts of Olango Island to do some errands.

Radaza also paid for the 22 big and small crocodiles which are made of hard plastic that are now on display on their shorelines, Glomar said.

An aquarium that displays tropical fishes was also placed on display there.

Glomar said that their bamboo bridge was famous especially among couples who wanted to do their prenuptial shoot close to nature.

Glomar said members of the Nagkahiusang Taga Asinan, Sabang Alang sa Kalamboan ug Kinaiyahan (NATAASKKA) collect an entrance fee of P20 per head and rental for the use of their tents and tables at P250 each. 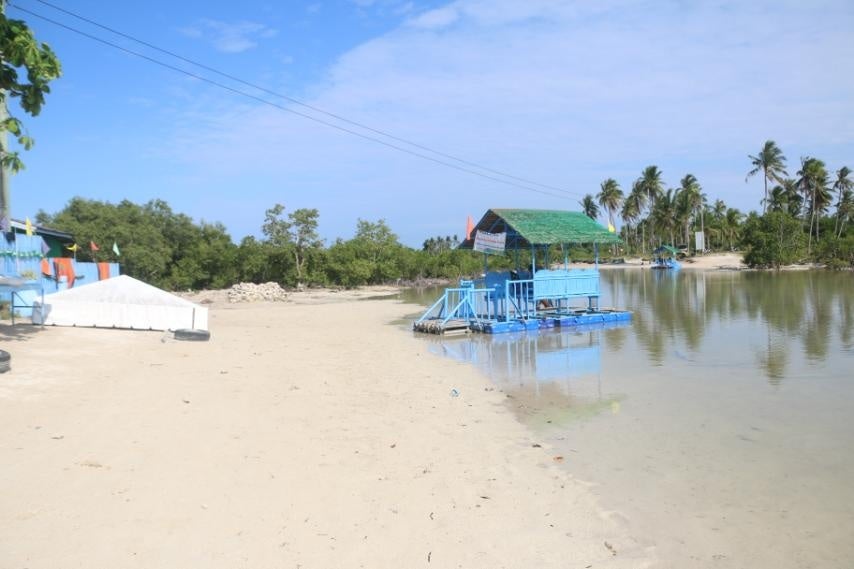 They also operate a souvenir shop where they sell shell crafts and other items that are mostly made by women in their community.

And after paying the honorarium of community officers and members, who render service at the eco-park, the rest or about 80 percent of their income will be divided equally among the 34 households in Sitio Asinan.

Glomar said that community members, most of whom are related to each other, are set to receive their first share for the year this. They used to have a quarterly distribution of revenues, but this was recently changed to every six months because of the pandemic.

Glomar said the community used to earn more before the pandemic started in March 2020 and when travel was still unrestricted.

Weather disturbances, the destruction of some of their attractions, and the operation of nearby resorts also contributed to the decline in their revenues in the past few years.

Glomar said that their bamboo bridge was also damaged by erosion and strong winds about six years ago while their tropical fishes started to die.

(We have big crowd during the summer months and on weekends.  But we don’t have visits during the rainy months because people do not want to cross [to Olango Island] when there are huge waves.)

And when visits to the eco-park are scarce, Asinan residents go back to the sea for their food.  Men fish while women gather sea shells to survive.

There are also three to four residents who now operate a sari-sari store as an alternative source of livelihood while others have children who are now working and sending them money for their sustenance.

Glomar said that with the local tourism industry starting to recover from the pandemic, he also facilitated a retraining of Sitio Asinan residents to also orient them of health protocols that would have to be observed while the threat of the coronavirus disease remained.

As a long-term plan, he wanted to organize community members into a cooperative to make sure that they would have access to assistance and sustain the operation of the eco-park during the hard times.

Also, he is trying to source funding for the repair of their bamboo bridge. The rehabilitation project cannot be charged to government funds since the bridge traverses private lands. /dbs

Read Next
Experts to review Sinovac use in kids