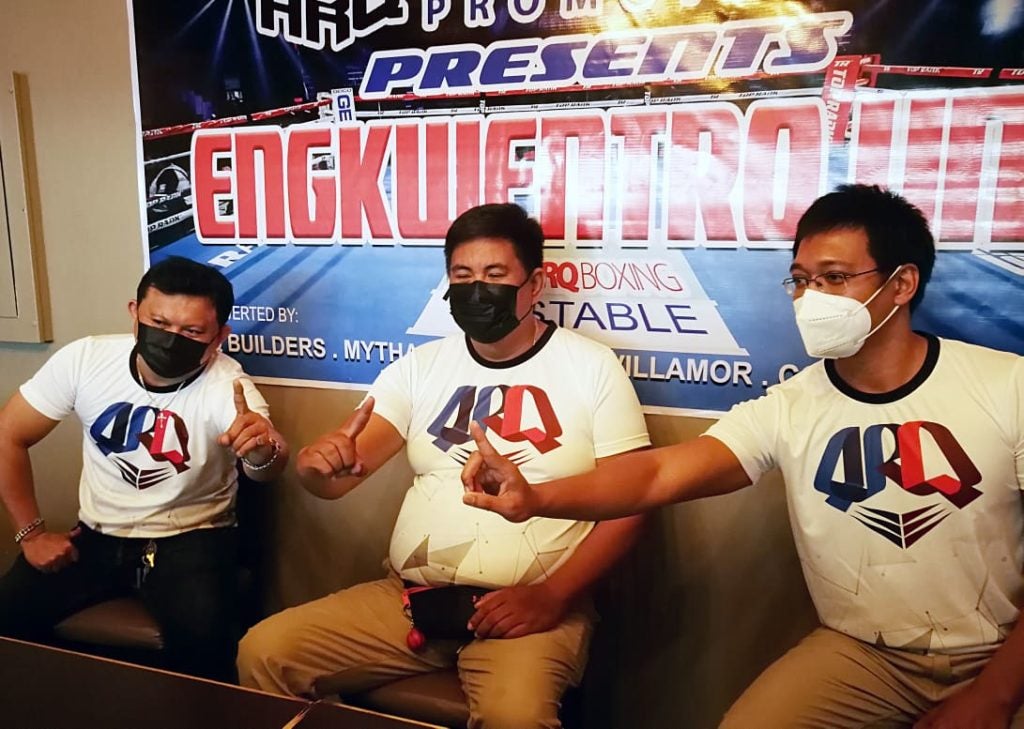 After being rescheduled three times, the much-awaited maiden fight card of boxing startup ARQ Boxing Promotions will finally unfold on June 19, 2021, at the Cosonsa compound in Mandaue City.

As one of the newest players in the highly competitive boxing promotional arena, the ARQ Boxing Promotions and Stable of Jason Arquisola has been raring to showcase their boxing event to Cebuano and Filipino boxing fans this year.

The eight-bout fight card was originally scheduled last March 20, 2021, at the Alcantara Civic Center in Alcantara town, southwest Cebu. However, it was moved to April 18, 2021, to give way to the Chooks-to-Go Pilipinas VisMin Super Cup.

Due to the COVID-19 health and safety protocols, the promoters again rescheduled the fight card to May 15, 2021, but still, it didn’t push through.

In a press conference held earlier today at the Vienna Kaffehaus in Bonifacio District, Barangay Kasambagan, this city, the ARQ Boxing Stable’s conditioning trainer, Roger Potot told the media that their boxers remained hungry to fight and are in tip-top shape despite the long wait to find the right schedule and venue of the fight card.

“One thing I am sure of with my boxers, they are very hungry to step inside the ring to fight,” said Potot who is also the conditioning trainer of the ARQ Builders Lapu-Lapu City Heroes basketball team.

“Despite the rescheduling of their bouts, our boxers have been training since last year, so they remain fit and ready to fight anytime.”

“We’ve been planning to promote a boxing event way back before the pandemic happened. We’re very happy that it’s going to finally happen on June 19. This is going to be the start of many boxing events to come,” said Caro, also the secretary-general of the VisMin Cup.

He added that they intend to promote one to two more boxing events this year under the “Engkwentro” Boxing Series.

“We want to introduce our boxers to Filipino boxing fans in the future. We’re planning to have a tour in the provinces during fiestas if everything will go back to normal hopefully. But this time, we will be focusing on our first fight card.”

ARQ Boxing Promotions and Stable owner Jason Arquisola was not able to join the presser due to previous commitments.

The 22-year old Abne of Manticao, Misamis Oriental holds an unblemished record of five wins with two knockouts. He will face Borbon from Sultan Kudarat, a journeyman with a record of 6-9-1 (win-loss-draw) record with six knockouts.

All of the boxers and trainers that will be featured in the fight card are now serving their 14-day mandatory quarantine.   /rcg