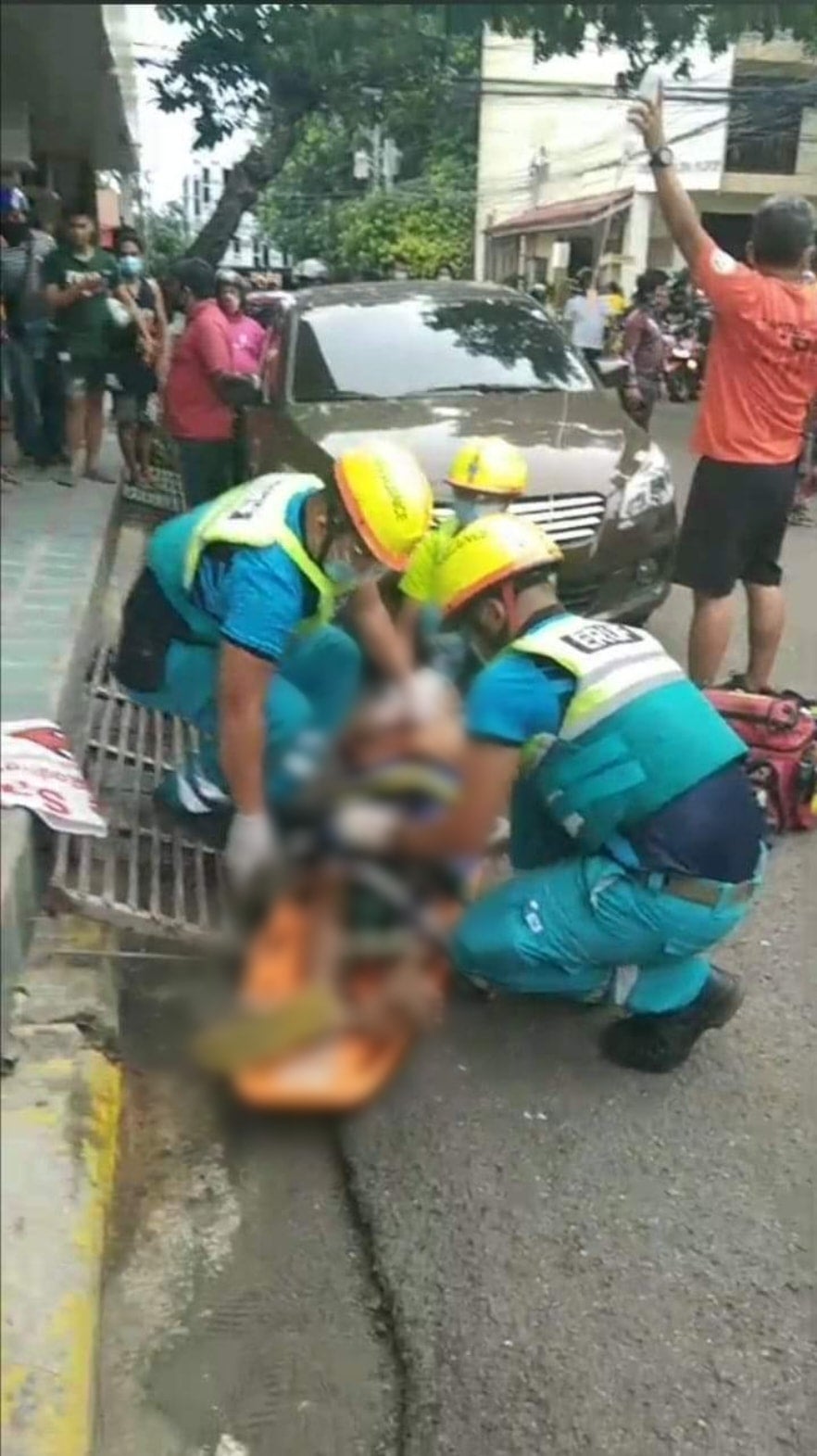 ERUF personnel attends to a shooting victim along Jaime Street in Barangay Capitol Site, Cebu City on Wednesday afternoon, June 9, 2021. The victim was identified as Ricardo Bucao, who was rushed to the Cebu City Medical Center for treatment. CDN Digital photo | Paul Lauro

CEBU CITY, Philippines – An argument over a tarpaulin led to a shooting incident that almost claimed the life of a man in Barangay Capitol Site, Cebu City, on Wednesday afternoon, June 9, 2021.

Police reports showed that on Wednesday, a certain Edilberto Omas Lastima, a watchman of a building located along Jaime Street in the same village,  got into a heated argument with a resident in the area identified as Ricardo Flores Bucao.

Investigators said an apparently angry Bucao went inside the building where Lastima, a resident of Barangay Lahug, was working to confront him why his tarpaulin was detached from the establishment.

They added that a brief altercation ensued between the two men until Lastima shot Bucao on his shoulders.

Police received the alert around 3:30 p.m. on Wednesday and medical responders rushed Bucao to the nearest hospital, where he is still confined for treatment.

According to the same police report, Lastima voluntarily surrendered at Abellana Police Station shortly after the incident.

Investigators recovered an Armscor pistol with 9mm caliber, with one magazine, and five live ammunition from Lastima.