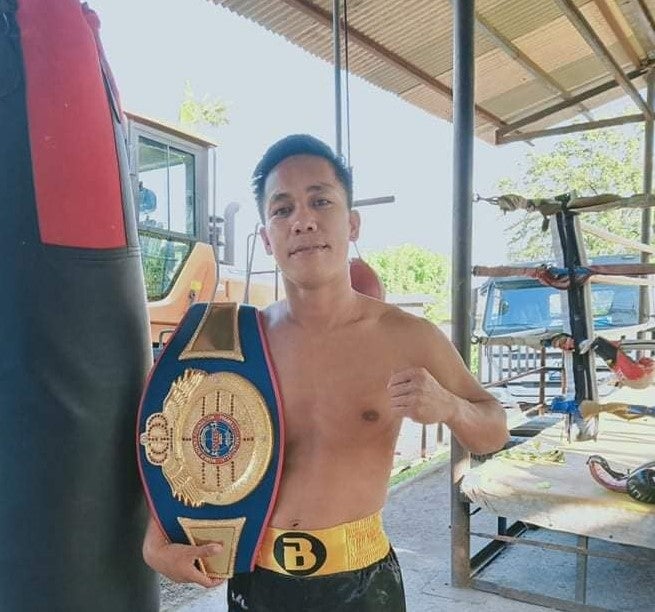 CEBU CITY, Philippines — Clyde Azarcon of the Big Yellow Boxing Gym has to be extra patient after his much-awaited world title shot in South Africa originally scheduled on June 27, 2021, for the vacant World Boxing Foundation (WBF) world minimumweight title was rescheduled due to COVID-19 concerns.

The 26-year old Azarcon, a native of Davao City who is based here in Cebu, is set to fight Thembelani Okolo for the WBF world minimumweight title.

However, Azarcon’s trainer, Christopher “Ping-ping” Tepora told CDN Digital that the fight has been rescheduled to August 30, 2021. It will be held in Gqberha, South Africa.

According to Tepora, their South African counterparts told them that there is a sudden surge of COVID-19 cases there prompting them to reschedule the world tile bout to a later date.

Also, Tepora and Azarcon have not yet signed the fight contract to formalize the world title bout.

Despite this setback, Azarcon continues to grind himself in training at the Big Yellow Boxing Gym in Barangay Guadalupe, here.

Azarcon replaced Filipino Robert Paradero for this bout after the latter withdrew due to undisclosed reasons.

Azarcon holds a record of 17 wins, three defeats, one draw with six knockouts. He is the reigning WBF intercontinental minimumweight champion and former PBF minimumweight ruler.

Okolo, meanwhile, holds a record of 9-5-1 (win-loss-draw) with five knockouts. Azarcon is ranked No. 12 in the International Boxing Federation (IBF) minimumweight division.  /rcg

Read Next
Duterte not yet saying ‘no’ to VP bid in 2022, Roque explains