Duterte not yet saying ‘no’ to VP bid in 2022, Roque explains 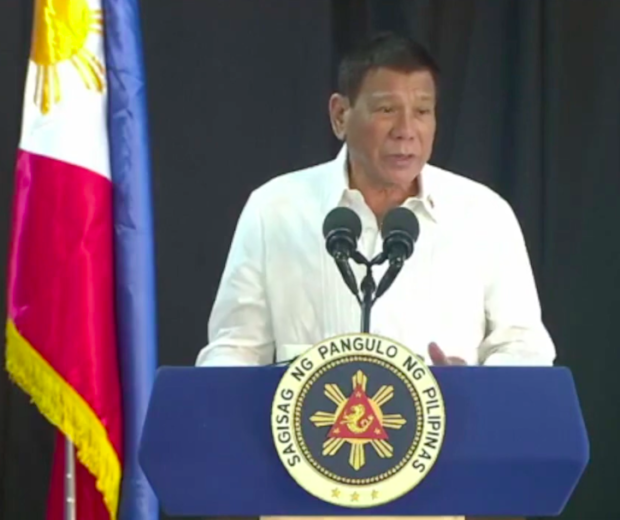 MANILA, Philippines — President Rodrigo Duterte is not saying no to running for the vice presidency in the 2022 national elections, Malacañang said Thursday.

Presidential spokesperson Harry Roque is reacting to the President’s recent remark that he is resisting calls for a possible vice presidential bid.

“The President’s words are clear. I don’t have to construe or interpret. He is resisting – that is the word used ‘no. So ayaw po niya pero hindi pa naman niya sinasabing hindi,” he said in a Palace briefing.

(He said he does not want to run but he did not say that he will no longer run for vice president.)

Roque said President Duterte can join the vice presidential race at the last minute, just like what he did in the 2016 elections when he filed his candidacy for president as a substitute.

“Our Omnibus Election Code allows for that,” he said.

President Duterte earlier said he is reluctant to run as vice president in the 2022 polls as he is now ready to retire.

Duterte’s party Partido Demokratiko Pilipino-Lakas ng Bayan (PDP-Laban), however, has formally urged him to run for vice president in the 2022 national elections.

Malacañang has said the President was still in the process of deciding on his future for 2022.