With a history of over 100 years of producing Chinese medicinal wine, Uy Masuy Wine Factory, Inc. stands strong and proud as one of the leading family-owned distilleries of the Philippines.

It all began at the turn of the 20th century when, Uy Ma Suy, then in his early twenties, stowed away from his native Amoy (Xiamen) in Fujian Province, China to seek a better life in the Philippine. 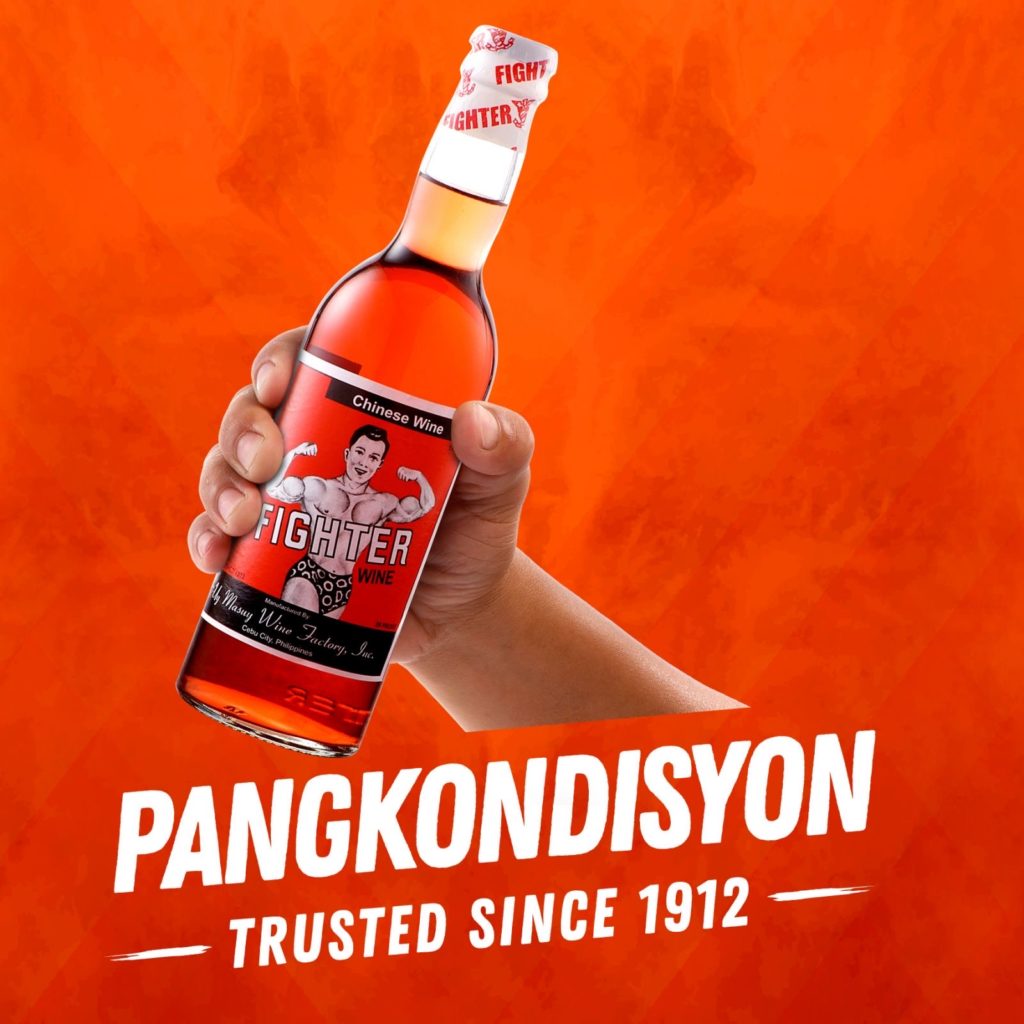 He landed in Cebu and joined other Chinese immigrants who congregated in Plaridel district, the heart and center of Cebu Chinatown. Harnessing his expertise in traditional Chinese medicinal herbs, Uy Ma Suy concocted Chinese herbs with alcohol and sold it by the shot glass.

By 1912, this potion, now eponymously named Vino Uy Ma Suy became known as a potent, cure-all elixir for different types of ailments such as “kabuhi” or heartburn/stomach spasm, menstrual cramps, diarrhea, and fatigue, among others. It soon found its place in practically every household not only in Cebu City but also in the neighboring towns.

Fighter Wine, became a most important commodity to liven up happy celebrations, to provide consolation during wakes, and to boost tired bodies during harvest seasons earning its moniker as ‘pangkondisyon’.

After the death of Uy Ma Suy in 1950, Victor, an older son working in Manila, came to Cebu and joined his Mom, Que Kee and his sisters, Teresita, Angeles and Maria in the wine business. Victor incorporated the business as Uy Masuy Wine Factory, Inc. on July 14, 1959 and produced the now best-selling Fighter Wine, a more affordable but just as efficacious medicinal wine.

Determined to expand the business outside of Cebu, Victor set his eyes on the vast provincial territory of Mindanao. He met and hired a swashbuckling salesman in the person of Nanong Cagang. Together,  they set off to make FIGHTER WINE the best selling medicinal wine in Northern Mindanao. Fighter Wine, became a most important commodity to liven up happy celebrations, to provide consolation during wakes, and to boost tired bodies during harvest seasons earning its moniker as ‘pangkondisyon’. This reputation cemented its place in the psyche of the Filipino working class.