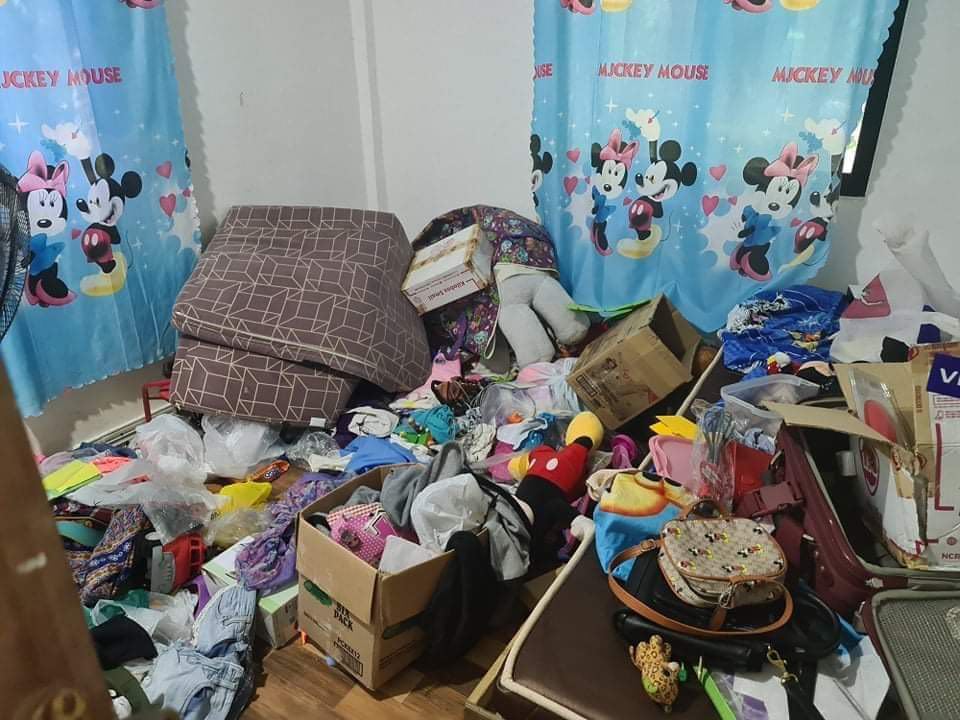 This is the scene inside the house of an alleged “robbery” victim in Toledo City.

CEBU CITY, Philippines — The Toledo City Police Station is digging deeper into its investigation relative to the alleged robbery incident in Sitio Tipolo, Barangay Bato in the city, Tuesday evening, June 22, 2021, to determine whether it was indeed a robbery or they are just being diverted from the real motive.

Lieutenant Colonel Junnel Caadlawon, in an interview on Wednesday, June 23, said they are expanding their investigation to get the identities of at least 12 armed individuals who reportedly took more than P200,000 worth of gadgets, pieces of jewelry, and cash from Christine Amodia.

Caadlawon said that what puzzles them is that only P200 was taken from the house of Marvie Montederamos, which is located just beside the house of Amodia.

With that, Caadlawon said they were puzzled as to why the suspects decided to rob Amodia’s house of all the houses in the area when it is located some 100 meters away from the road which would make it more difficult for them to escape.

Caadlawon said that the inside of Amodia’s house looked like it was hit by a storm.

He shared that someone revealed to the police that the suspects took a package, the contents of which they want to know from Amodia.

Caadlawaon said they will look for Amodia, who reportedly went to her house in Pasil, Cebu City today, June 23, so that the incident will be solved.

Police Staff Sergeant Alfredo De Gracia, the case investigator, said Amodia went to Cebu City to have the bruise on her head checked by a doctor.

Amodia, accordingly, has been living in Pasil, and just arrived in Toledo City yesterday, June 22, 2019.  /rcg

Read Next
Rama: We need to put back sanity in White Road