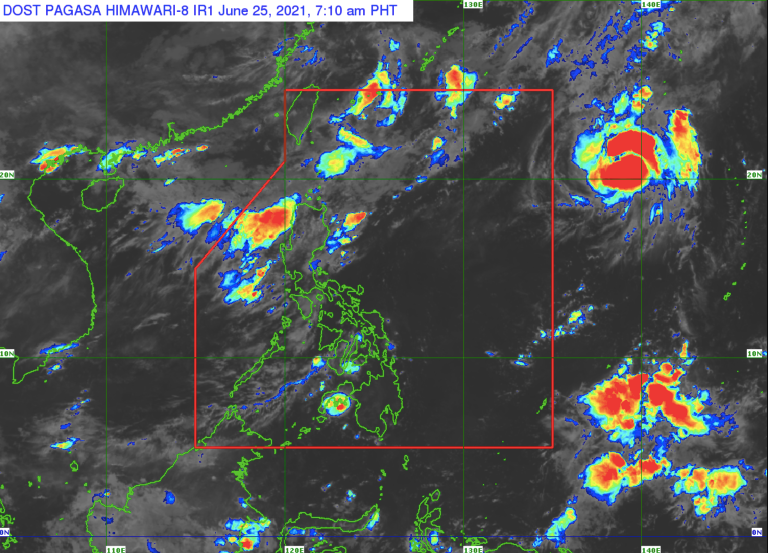 MANILA, Philippines — The southwest monsoon, locally known as habagat, is expected to dump rain over the western part of Luzon on Friday, June 25, 2021, the Philippine Atmospheric, Geophysical and Astronomical Services Administration (Pagasa) said in its forecast.

Pagasa said the southwest monsoon continues to affect northern and central Luzon, giving high chances of precipitation to the western section of those areas including Ilocos Norte, Ilocos Sur, Bataan, and Zambales.

Rain showers may also be expected in Batanes and Babuyan Islands, according to Pagasa.

The state weather service likewise said the rest of Luzon will have generally fair weather with clear to partly cloudy skies. although it did not discount the occurrence of rain due to localized thunderstorms.

The Visayas and Mindanao regions may also be anticipated to have generally fair weather despite the possibility of isolated rain showers also due to localized thunderstorms.

Pagasa said it is monitoring Severe Tropical Storm Champi outside the Philippine area of responsibility (PAR). The weather disturbance had maximum sustained winds of 95 kilometers per hour (kph) and gustiness of up to 115 kph as of the last observation.

The state weather experts said Champi has low chances of entering PAR but if it does enter Philippine waters, it will not directly impact the country’s landmass.