Retired cop gunned down by unidentified assailants in Consolacion, Cebu 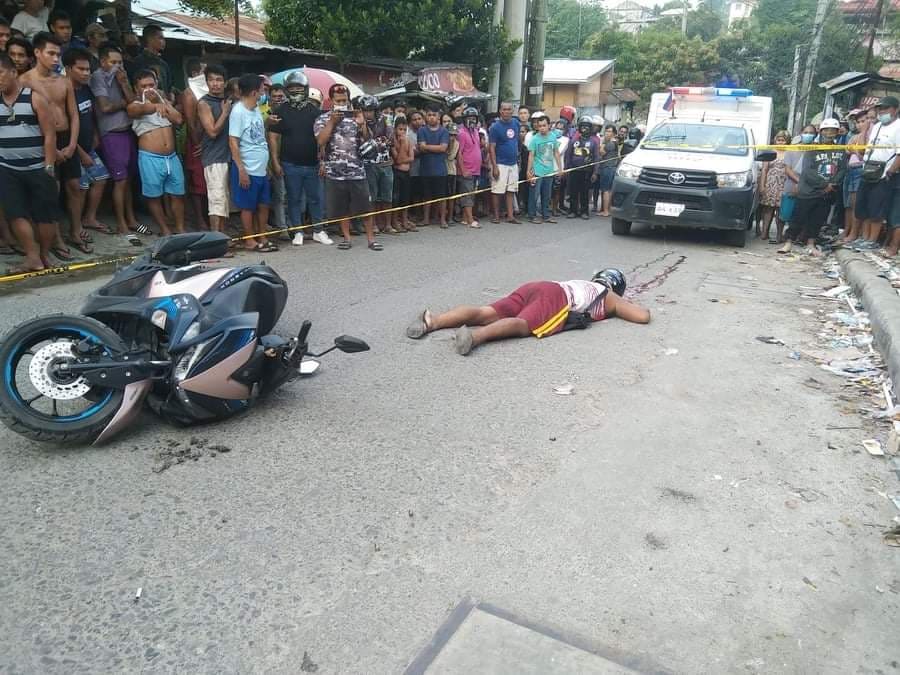 The body of a retired police officer lay on the street after he was gunned down by still unidentified assailants in Barangay Pulpogan in Consolacion, Cebu, past 4 p.m. today, June 25.

Police Corporal Rechie Gileran, the investigator of the case, identified the victim as Michael Rivera Ernie, a retired Police Officer 3 (PO3) who was also a resident of the said barangay.

Gileran said Ernie was shot by two attackers whom he believed to be on board another motorcycle. He added that they are still facing a blank wall as to the possible identities of the suspects and motive of the killing as of this posting.

Citing initial investigation, Gileran said that around 4 p.m., the victim was heading home on board his motorcycle after buying some goods. As he was about to reach his home, two persons arrived and with no apparent reason, shot the victim several times in different parts of his body leaving him with no chance to fire back.

The suspects quickly fled the crime scene as responders rushed the victim to the Mendero Medical Center where he was declared dead on arrival by the attending physician.

Investigators recovered from the crime scene 14 empty shells and a black sling bag reportedly owned by the victim which contained his Glock .40 caliber pistol with live ammunition.

As per their initial background check, Ernie was last assigned to the Cordillera Administrative Region in 2016 following his assignment in Cebu City. A year after, he retired, ending 20 years of service as a police officer.

As of this posting, Consolacion police continue to gather information from witnesses who are until now, remained afraid to disclose any.