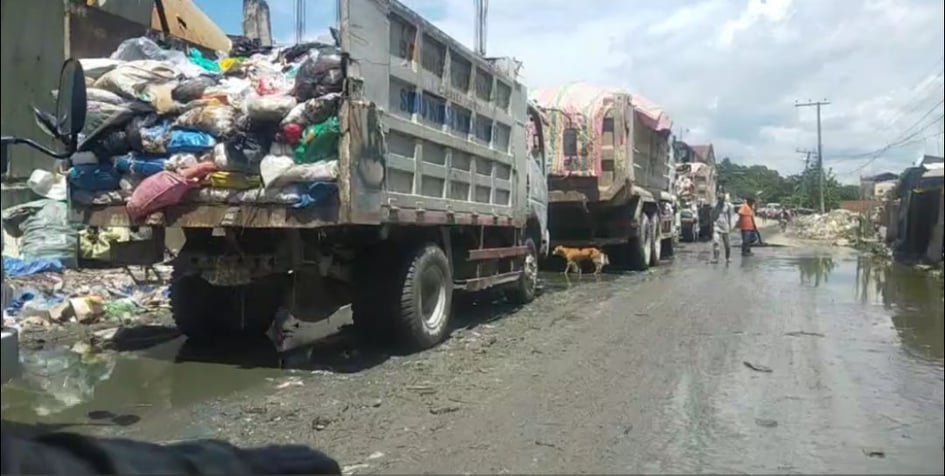 Trash is piling up at the Inayawan Landfill as seen in this photo taken on June 22, 2021. CDN Digital photo | Delta Letigio

CEBU CITY, Philippines — The contractor of the Inayawan transfer station promised that the pile of garbage in Barangay Inayawan will soon be reduced back to normal.

Joseph Javier, the general manager of DOCAST, broke their silence on the issue in the transfer station after the barangays have complained about the current situation and management of the city’s garbage.

“I can assure nga masulbad na nato ang pile of garbage,” he said.

Javier admitted that they have an ongoing contractual problem with ARN Central Waste Management, the management of the Binaliw Landfill, which is why their garbage trucks cannot dispose of garbage to the landfill.

Earlier, a document surfaced detailing the alleged unpaid bills of DOCAST to ARN amounting to P18 million over a span of selected months for 2020 and 2021.

Javier said they are trying to solve this contractual issue in their capacity, but assured the city government that they are in no way involved in the problem as the problem is between DOCAST and ARN.

For now, DOCAST is disposing of the city’s garbage at a landfill in Consolacion town. They started the disposal outside the city on June 25, 2021.

Javier said the transition from the disposing of the garbage in Binaliw to Consolacion town is the reason why the garbage piled up as they are still adjusting to the changes.

Though the change in the disposal point will incur additional costs for DOCAST, Javier said the city will not cover the cost as the contract of P404 million for one year is already fixed.

The Department of Public Services (DPS) said they are working with the contractor to hasten the reduction of garbage at the transfer station.

DPS head, Lawyer John Jigo Dacua, said that while the DOCAST garbage trucks cannot throw garbage at the Binaliw landfill, the city’s own trucks can still do especially those from the North District.

This despite the city having no contract with ARN Central Waste. Dacua said that DOCAST will cover the cost of the disposal in the Binaliw landfill.

It is not clear how this system works when DOCAST is still in a contractual issue with ARN, but the DPS said northern barangays can directly dispose of at the Binaliw landfill.