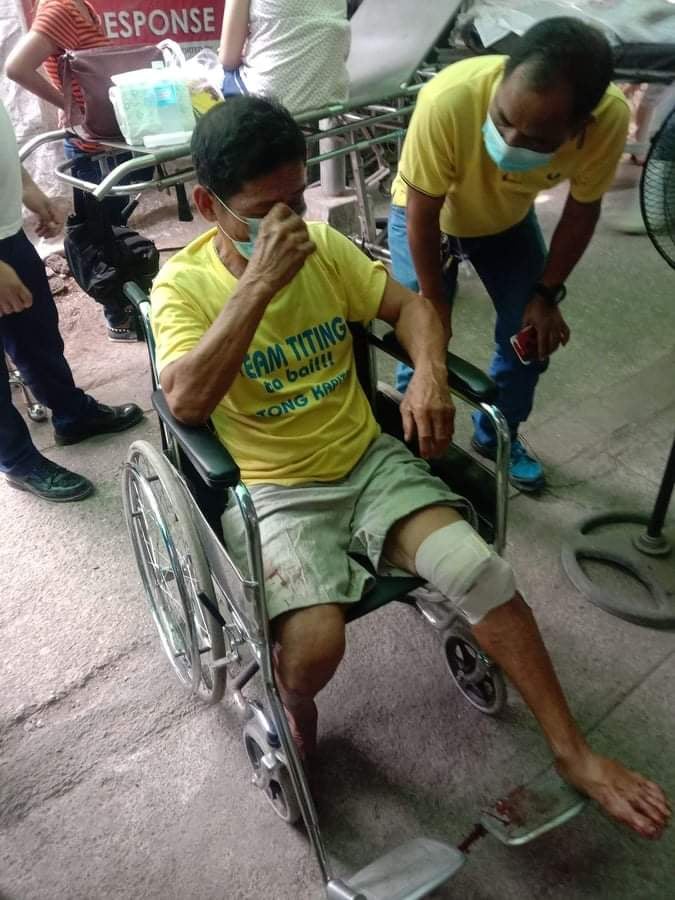 Rogelio Tanjay is now recuperating from a bullet wound on his knee. | Contributed photo

Two still unidentified men barged into a roadside residence in Sitio Dagundong in Barangay Panas and fired shots at Rosebilla and Rogelio Tanjay.

Rosebilla, 60, died from bullet wounds on her body while Rogelio, 70, was lucky to have survived.  He is now recuperating from a bullet wound on his knee.

Police Corporal Rechie Gilleran of the Consolacion Police Station said they are considering land dispute as possible motive in the attack, but he begged off from discussing their ongoing investigation.

(As of now, we still don’t have suspects.  We continue with our investigation.  But we do not discount the possibility of land dispute as motive.  But we continue to look into this [angle].)

Quoting the outcome of their initial investigation, Gilleran said a motorcycle tandem arrived at the couple’s home in Sitio Dagundong at around 2:30 p.m.

Gilleran said one of the suspects asked for Rosebilla.  When the victim confirmed her identity, the two men then fired shots at the couple who was then resting on the sala of their one storey house.

Neighbors, Gilleran said, failed to identify the suspects who were wearing sweaters, ball caps, and had their faces covered with cloth.

Police recovered six slugs from a caliber .45 at the crime scene.

Rosebilla, who sustained bullet wounds on the different parts of her body, was already dead when brought to a hospital in Mandaue City.

Gilleran said they continue to look for the suspects who were driving a motorcycle that was without a plate number. / dcb