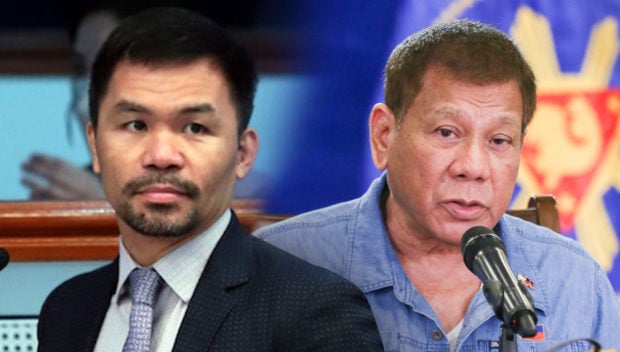 MANILA, Philippines — Malacañang on Monday dismissed Senator Manny Pacquiao’s corruption allegations as “worthless,” calling it “watusi” instead of an “atom bomb” since the supposed revelations were only generalized and not backed by evidence.

(It’s just like watusi. I thought it’s an atom bomb, but it’s only watusi. Nothing, it’s worthless because it’s just generalized allegations. Nothing particular, no specific instance, no evidence.)

Roque chided Pacquiao for initiating an investigation when he would not be present during the probe.

Pacquiao already flew to the U.S. ahead of his boxing match on August 21 against Errol Spence Jr.

(Just like what Senator Gordon said, what will happen when he wants it investigated before the Senate but the proponent is absent? Who will ask the questions?)

(That’s not the work you do in the Senate. He should focus on his job as a senator. Prove his allegations, otherwise  it’s all politics.)

Pacquiao claimed he has documents to prove corruption in several government agencies and said he would refer these to the Senate Blue Ribbon committee for investigation.