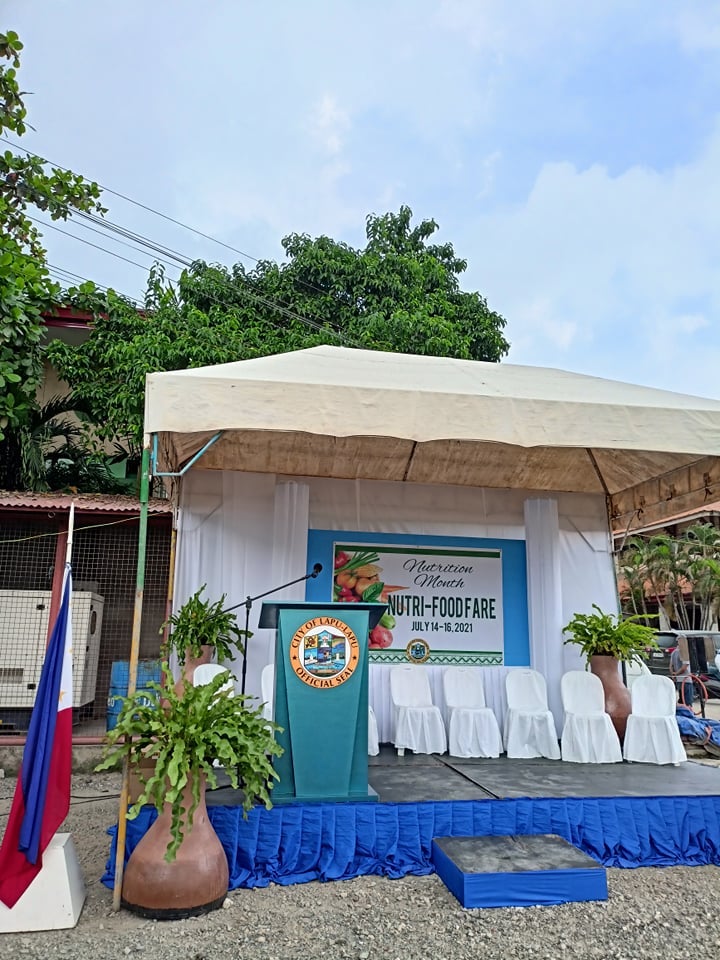 LAPU-LAPU CITY, Philippines — The Lapu-Lapu City Government has opened on Wednesday, July 14, 2021, a Nutri-Food Fair at the parking area of the City Hall compound.

Jamila Kirsty Sitoy, Nutritionist Dietitian II of the Lapu-Lapu City Health Department, said that the activity is in line with the celebration of Nutrition Month with a theme “Malnutrisyon Patuloy na Labanan, First 1,000 Days Tutukan.”

She said that nutritious food can be bought at the Nutri-Food Fair, wherein these products are own recipes of different women’s groups and associations in the city.

She also revealed that based on their monitoring in 2020, the prevalence rate of stunting of children in Lapu-Lapu City is only at 4.3% out of 47,000 pre-schoolers that they have monitored.

Sitoy added that they have implemented different interventions to address malnutrition in children, including the implementation of a supplementary feeding program.

During the activity, Chan urges mothers to always prepare healthy foods for their families, especially for their children.

Read Next
No adjustments needed—Santisima

It’s the season of caring and giving at SM Supermalls