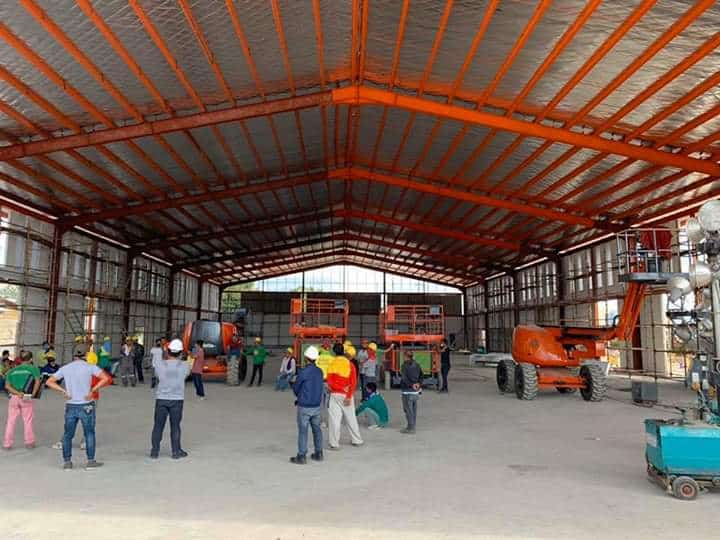 In this photo from Mayor Edgardo Labella’s Facebook page, the Cebu City Quarantine Center at the North Reclamation Area is seen during its construction phase.

CEBU CITY, Philippines — The Commission on Audit revealed that Cebu City failed to follow the procurement process in the construction of the Cebu City Quarantine Center (CCQC), casting “doubt” over the legality of the procurement.

COA said this is violative of the Government Procurement Policy Board (GPPB) Circular 01-2020 and casts doubt over the legality of the procurement.

The project was authorized by the City Council on March 20, 2020, and procurement processes for a P100,000,000 building proceeded shortly after.

The Department of Engineering and Public Works (DEPW) and the Disaster and Risk Reduction Management Office (DRRMO) then recommended the awarding of contract to LEDA on March 28, 2020.

The facility was operational as of April 25, 2020, which meant that the construction took place between March 28 to April 25.

However, COA found out that the city only paid the advance payment for the project on October 20, 2020, almost seven months after the contract was recommended for awarding.

COA notes that the city only entered into a contract with LEDA on September 30, 2020, five months after the site was constructed.

Cebu City Administrator Floro Casas, Jr., explained that the city hastened the construction because at that time, the cases of COVID-19 was already rising and the city was in desperate need of a quarantine space.

However, COA said that even if time was of the essence, it was not an excuse for the city government to skip important procedures in the procurements and contracts.

“Although we understand that time is of the essence for this project, we do believe that a contract should have been entered into by and between the City with and the contractor before the construction had started to legally bind both City and contractor before the construction of its respective obligations with regards to the project so as not to prejudice the interest of the City,” said COA.

Read Next
Twitter’s Fleets to end on Aug. 3