VP has no immunity from suit, lawyers agree 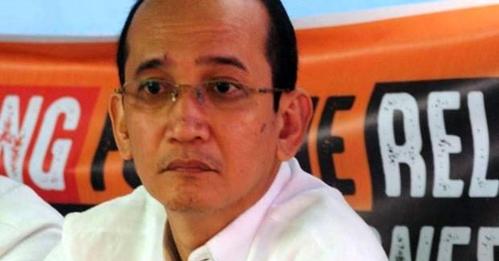 MANILA, Philippines — Contrary to the declaration of President Rodrigo Duterte at the controversial gathering of the Partido Demokratiko Pilipino-Lakas ng Bayan (PDP-Laban) on Saturday, the vice president enjoys “no immunity from suit,” several lawyers agreed on Sunday.

“Only the President is immune from suit and this is not even spelled out in the present 1987 Constitution — unlike in 1973 Marcos Constitution — but only recognized in prevailing jurisprudence,” said lawyer Edre Olalia, president of the National Union of Peoples’ Lawyers (NUPL).

Olalia said Duterte’s mistaken notion of vice presidential immunity from suit might have just been a “Freudian slip” or actually betrayed premeditated naughty intentions in his declared plan to run for vice president.

“That is rewriting the Constitution and even jurisprudence,” Olalia said.

Lagman agreed that even presidential immunity was not expressed by constitutional mandate but only by judicial pronouncement.

Zarate surmised Duterte’s statement was just “a false self-assurance just to pander himself and his allies” who also face prosecution after the end of the Duterte administration.

“He knows that no such immunity is given to a vice president,” Zarate said, noting that Duterte himself was a party-in-interest in De Lima vs Duterte.

According to Colmenares, Filipinos should reject the president’s “shameless” and “self-serving” interest in running for vice president next year.

Even the presidential immunity recognized by the Supreme Court applies only to domestic or national judicial jurisdiction, Lagman said, and not to international treaty obligations, like the Rome Statute that created the International Criminal Court (ICC).

Duterte is being investigated for crimes against humanity in the ICC, even if he has repeatedly said he would never cooperate with the investigation.

Read Next
Due to rising COVID cases: Cordova closes 3 tourism destinations for 2 weeks