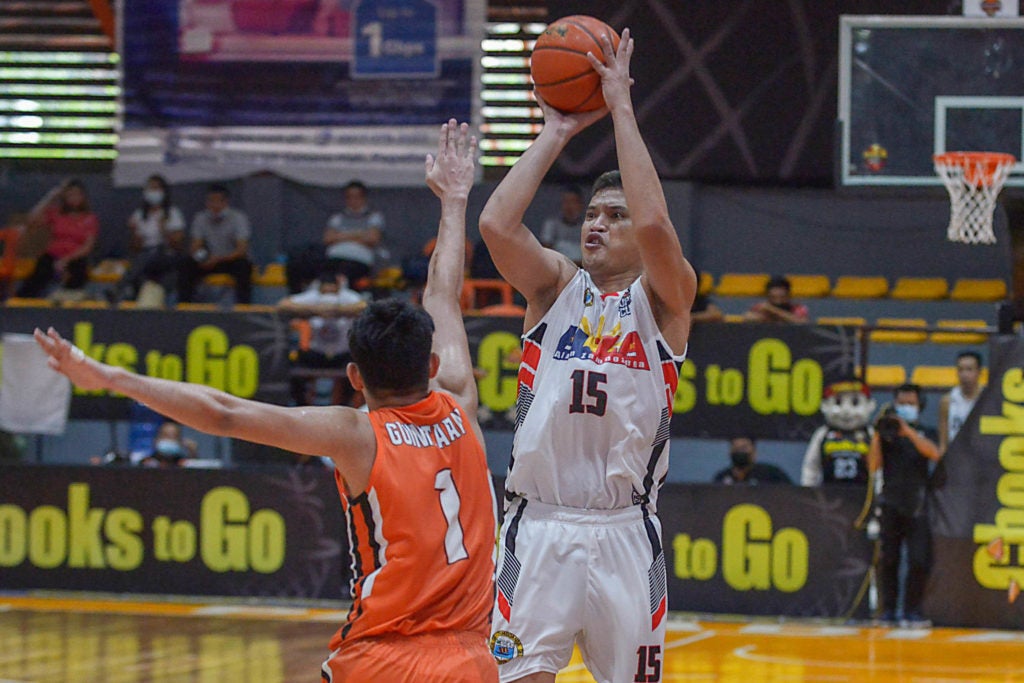 Making it more special for ALZA Alayon is that they earned their first win in three games against an equally popular team.

Dennis Daa, the oldest player of ALZA Alayon at 42 years old, nailed a triple from the top-of-the-key with 12.6 seconds left in the final period to seal their victory.

Mark Benitez could have made it a one-possession game but he missed his three-point attempt for the Explorers as ALZA Alayon players and supporters erupted in celebration.

The win allowed ALZA Alayon to dislodge the Kapatagan Buffalo Braves for the seventh place in the standings with a, 1-2, (win-loss) record against the latter’s 1-4, card.

Pagadian fell to 4-2, still at third place but with JPS Zamboanga just half a game behind at 3-2.

Daa turned back time with his youthful performance, leading ALZA Alayon with 17 points on his 60-percent shooting from the field. He paired it with seven rebounds, three blocks, and two assists.

ALZA Alayon took advantage of the Explorers’ 19 turnovers, converting them into 26 easy points.

Rich Guinitaran had 15 points but went 4-of-13 from the field, while Christian Manalo added 10 points but committed six turnovers for the Explorers.     /rcg

Read Next
Bea and Dominique spend actor’s 31st birthday together in U.S