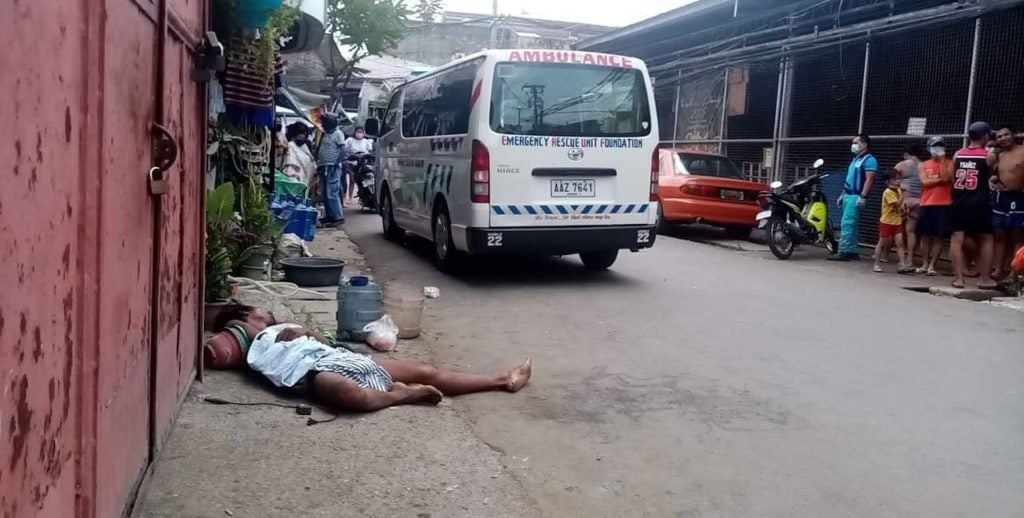 CEBU CITY, Philippines — The police have yet to establish the identity of the scavenger who was found dead by the side of the road in Barangay Tinago, Cebu City on Wednesday morning, July 21, 2021.

Police Major Edgar Labe, chief of police of Waterfront Police Station said the man was estimated to be between 30 to 35 years old. His body was already brought to a funeral parlor, waiting to be claimed by relatives.

Initial investigation revealed that the homeless scavenger, who appeared very weak and could barely walk, arrived in the area on Tuesday evening, July 20.

Tinago Barangay councilor Mauricio Basco told police that the victim passed by their area around 8 a.m. on Wednesday, July 21, and asked for water.

Hours later, Basco’s neighbors found the man dead lying under the heat of the sun.

Responding rescue personnel from the Emergency Rescue Unit Foundation (ERUF) declared him dead on the spot.

Labe said there were no signs of injuries in the man’s body.   /rcg

Read Next
Police have POIs in Mambaling shooting incidents