Education gets poor grades under Duterte 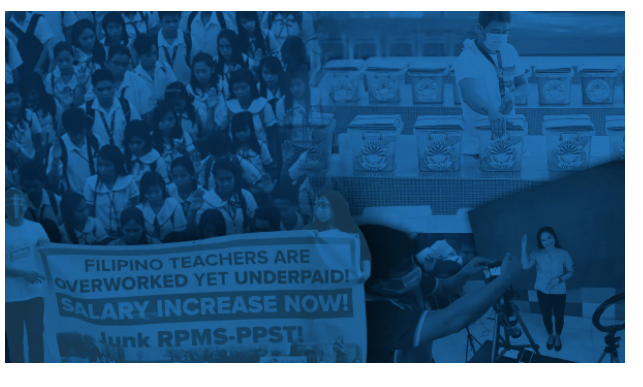 MANILA, Philippines—In about a week, President Rodrigo Duterte will deliver his last State of the Nation Address (SONA) uncertain if the state of Philippine education, one of the country’s pressing issues, would be discussed.

The country is being hounded by challenges in the shift to distance learning prompted by the COVID-19 pandemic and the consistent poor performance of the Philippine education system in international yardsticks.

A teacher’s group pinned some of the blame on Duterte, saying he had little to show in getting the work done to address the country’s education woes.

“We did not see any clear programs of President Duterte in terms of education,” Basilio said in an interview with INQUIRER.net.

“He has no achievements to speak of when it comes to education,” he said.

The Philippine government was taken aback when World Bank (WB) published a report late in June saying that Filipino students and educational institutions fared poorly in several criteria for a good education system.

READ: 80% of PH kids don’t know what they should know – World Bank

Malacanang had called the (WB) report “disturbing and alarming.”

WB saw dismal performance among Filipino students, with more than 80 percent of them falling to meet minimum levels of proficiency expected for their respective grades, performing below par among all countries that participated in the study.

WB based its report on the Program for International Student Assessment in 2018, Trends in International Mathematics and Science Study and the first cycle of the Southeast Asia Primary Learning Metrics, both conducted in 2019.

Education Secretary Leonor Briones was livid at the publication of the study on the World Bank website, saying it was “insulting” to Filipinos and demanding that WB apologize publicly.

Briones said the WB report used “old data,” and that the study “omitted” DepEd’s programs to address challenges in education.

Sulong Edukalidad aims to review and improve curriculum, “upskill and reskill” teachers, among other measures.

WB, which has since apologized for prematurely publishing the study before the DepEd “had enough chance to provide inputs,” removed the findings from its website in the meantime.

Lauding DepEd for calling out the report, Duterte also acknowledged the World Bank’s apology, saying he hoped “a more accurate report based on the latest data will be made.”

Basilio, however, noted that “the World Bank only conceded to the lapse in protocol, not to the wrongfulness of their data.”

He also said he believes that the country’s standing is unlikely to improve even with “new data” from distance learning periods being factored in.

“The implementation of distance learning will just further sink the state of education in the country,” Basilio added.

Some 27 million Filipino students finished this school year through distance learning, but not without challenges. 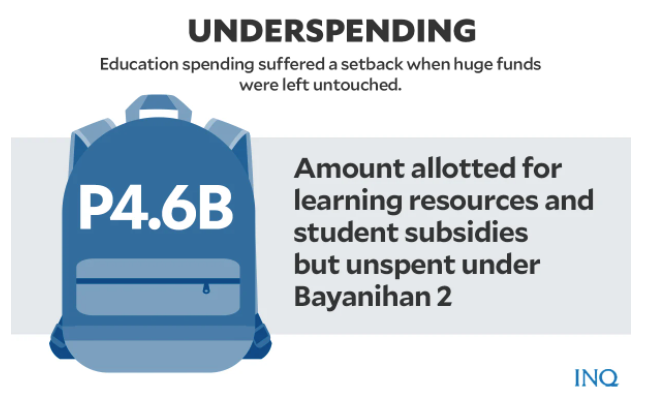 Under distance learning, several mediums of instruction like online, modular and even television and radio were used in absence of face-to-face classes.

Gaffes in modules and television content beset the implementation of distance learning in its first year.

READ: Not even found in Tiktik: Another bad word snuck into DepEd materials

Limited access to gadgets and internet connectivity also proved to be a challenge to students and teachers alike.

DepEd, for its part, had provided a load allowance to teachers. The agency also claimed that an additional 200,000 gadgets like desktop, laptops, and tablets have been distributed to public schools nationwide.

READ: Teachers to get three month’s worth of internet load — DepEd

Many local governments, mostly from Metro Manila, also provided tablets and some even gave load allowance for their students.

To gauge whether the government’s measures to implement distance learning worked, let the data speak for themselves.

The Movement for Safe, Equitable, Quality and Relevant Education (SEQuRe) conducted a survey participated in by 1,278 teachers, 1,299 Grades 4 to 12 students, and 3,172 parents, majority of whom are from Metro Manila. 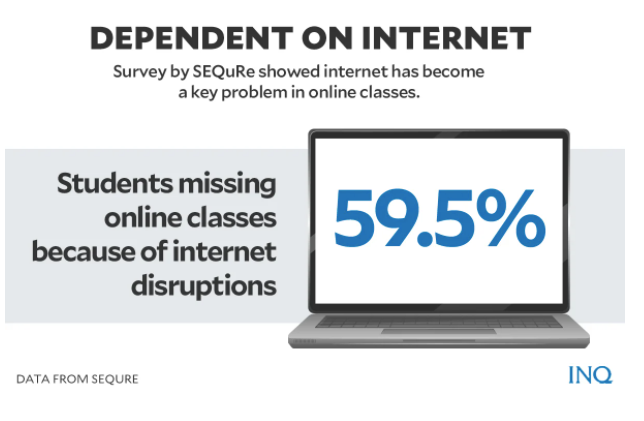 The survey revealed alarming findings that reflected the country’s current state of education in the first year of distance learning implementation.

Many teachers (52 percent) said that 4-6 out of 10 of their students lagged behind their studies in terms of attendance and submission of requirements.

Majority of parents (60 percent) said their children have failed to submit modules on time as 77 percent of them had a hard time helping their children in answering the modules. 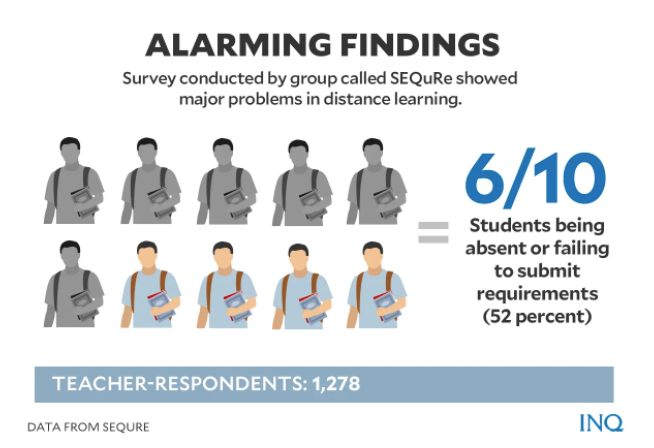 Most students have also experienced missing an online class because of interrupted internet connection at 59.5 percent, according to their parents.

Researchers revealed that 1 out of 3 students also said that their workload is heavier under distance learning, while 85 percent of teachers said the same.

Majority of students, or 87 percent, was in modular learning, and 66 percent was in online learning. They also said they have learned less under modular learning than face-to-face classes.

Surprisingly, 62 percent of teachers and 41 percent of parents said they still want the implementation of distance learning in 2022.

For students, 40 percent said they want face-to-face classes to resume, 39 percent are still undecided, while only 21 percent approve of the return of distance learning.

Much to the dismay of students, DepEd’s proposal to resume face-to-face classes has received a lukewarm response from Duterte.

Now as the threat of the Delta variant looms, students may expect another year of distance learning when the school year begins on Sept. 13.

Vice President Leni Robredo said the country should declare a “crisis” in light of the recent challenges in education.

Basilio echoed the vice president’s sentiment: “We are in a learning crisis, the DepEd and the government should admit this.”

Rubbing salt on the injury, some P4.6 billion allocated for learning resources and student subsidies under Bayanihan 2 were left unspent after the law expired on June 30.

Basilio said the unspent amount is still insufficient to fulfill the needs of students and teachers under distance learning. 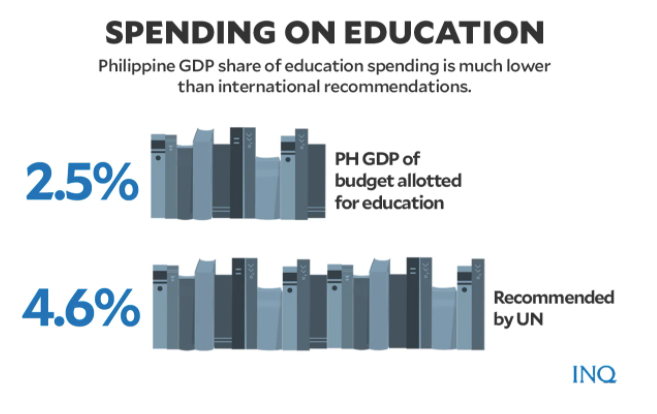 “And that’s what’s sad, the budget is already insufficient and it was not even fully utilized,” he added.

Basilio noted that the country spends only about 2.5 percent of its gross domestic product (GDP) on education, which is lower than the standard of four to six percent set by the United Nations.

“The bulk of the government funds are for Build, Build, Build,” Basilio said, referring to Duterte’s ambitious centerpiece infrastructure program.