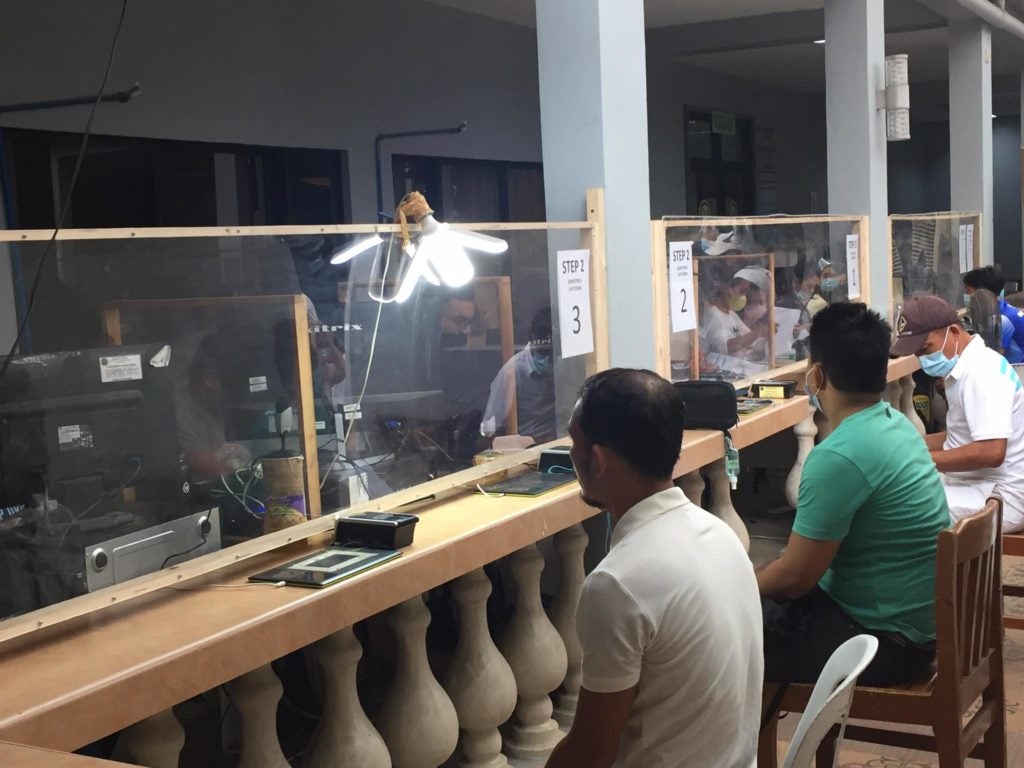 New voter applicants wait for their turn to be processed at the Comelec Lapu-Lapu office. | Futch Anthony Inso

LAPU-LAPU CITY, Philippines — The Commission on Elections (COMELEC) in Lapu-lapu City has registered more than 16,000 new and transfer of residence applications.

This is in line with the ongoing voters’ registration for the upcoming 2022 National Elections.

Benjie Dayondon, the election assistant of COMELEC Lapu-Lapu City, told CDN Digital that they were targeting to register 300 to 400 individuals per day.

Based on their record, 204,167 Oponganons are currently registered at the agency.

(So we will consolidate the new applicants. We will remove some from the 16,000 and add it to the 204,000. We will also take some away from the 204,000 because some of them have transferred to another place, so we will minus those applicants. There are also who died and those, who got disapproved.)

He said that they would also conduct an off-site registration on Saturday, where they would be visiting Barangay Caw-oy in Olango Island.

(Other barangays have sent a letter request to have an off-site registration in their areas but we still have to check on how many would register. For example, there are only a few, who would register, so we will register them as they come along and we can also include the nearby barangays, whose applicants would visit us there.)