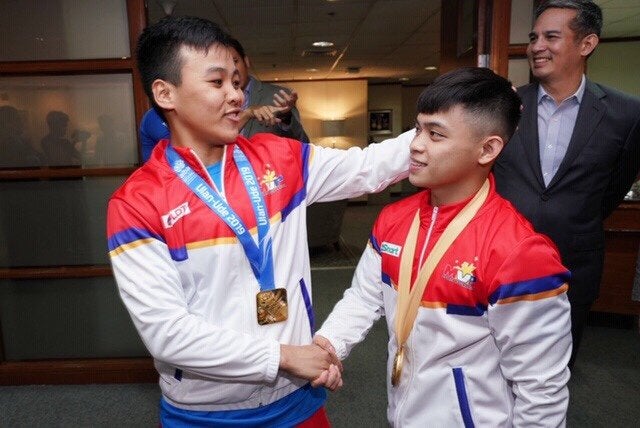 TOKYO -–Nesthy Petecio kicked off her golden bid with a unanimous decision victory over Congo’s Marcelat Sakobi Matshu in the Tokyo Olympics boxing competition on Saturday at Kokugikan Stadium, here.

Petecio was in control the entire bout, stepping into the pocket against her taller opponent and landing clean shots to the head.

Petecio was never in trouble throughout the bout and handled the Congolese’s last-ditch flurry in the final round.

The Filipino boxer advances against a more dangerous opponent, when she faces Taiwanese world No. 1 Lin Yu-ting in the round-of-16.